After the walkway bridge on Grayston Drive, Johannesburg, collapsed on the afternoon of 14 October that has killed two people and injured 22, transport minister Dipuo Peters called for a thorough investigation into the incident and has passed on her sympathy to the families affected by it. 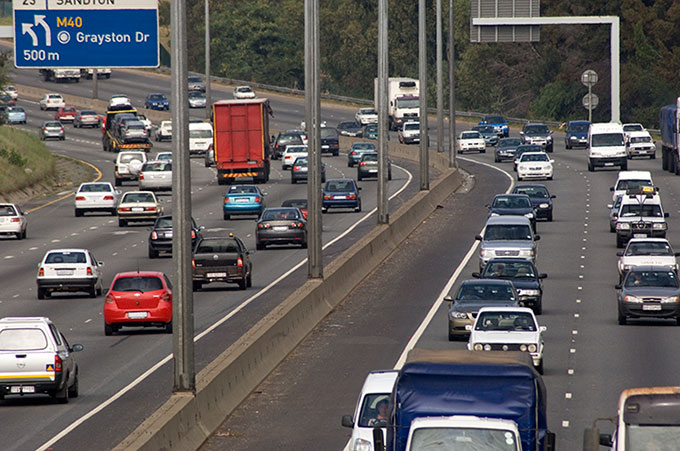 Johannesburg, Thursday 15 October 2015 –The Minister of Transport Dipuo Peters has called on authorities to conduct a thorough investigation following the collapse of the bridge carry structure on Grayston Drive, Sandton yesterday.

The structure is part of a walk-way bridge that was being constructed for the estimated 10 000 pedestrians who cross the Grayston off ramp from Alexandra to Sandton and vice versa daily.

Minister Peters says there’s a need to unearth the reasons behind the tragic incident which claimed two lives and left others injured, in order to prevent a recurrence in the future.

“I wish to convey my sincere and heartfelt condolences to the families of the people who sadly perished due to the incident. I equally wish a speedy recovery to those who sustained injuries,” says Minister Peters.

The Minister says the construction is an important aspect of the overall development of economic infrastructure currently underway to improve access to Sandton.

“Sandton is a critical economic hub not only for South Africa, but the continent and the world at large. It’s for this reason it’s called “the richest square mile in Africa. Seamless accessibility into Sandton is critical for both motorists and pedestrians hence the need for such infrastructure,” says the Minister.

She has commended the City of Johannesburg and the Gauteng provincial government for their swift response to the incident. She says their interventions including availing free public transport services to affected people is an act of proactive leadership.

The section of the M1 highway affected will remain closed while investigations continue. Minister Peters appeals for calm and patience while the highway remains closed to allow investigations to continue and the subsequent clean up operation.