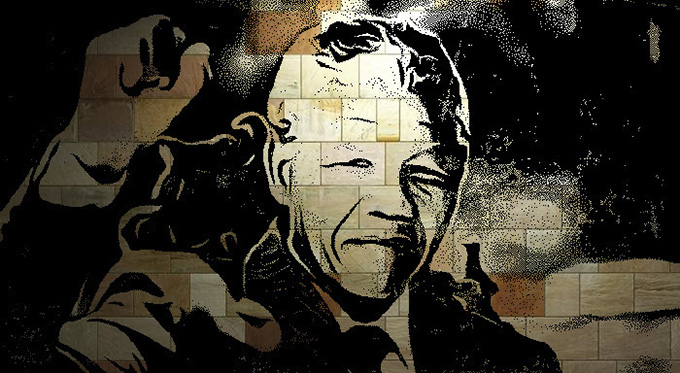 Jeff Radebe, minister in the presidency

South Africa and the world last week marked the first anniversary of the death of an icon, former President Nelson Mandela. In South Africa the commemoration was marked by a number of events held around the country during which citizens were encouraged to participate in wreath-laying ceremonies in honour of the man who visualised a country with equality for all.

Madiba became the first democratically elected president of the country in 1994 and left South Africa and the international community with a notable legacy. His contribution to humanity and world peace is immeasurable.

Madiba led from the front. He could have lived a good life as a chief in Qunu or as a practicing lawyer. Instead, he chose a different path because of his love for the country and its people. He, along with others, realised the need for societal change and he sacrificed much to make the country and the world a better place. He led the fight against apartheid and was ready to die for his belief of a free, peaceful and non-racial society.

His willingness to die for the cause was reflected in a statement he delivered in court in 1962. He said: “Men of honesty, men of purpose, and men of public morality and of conscience can only have one answer. They must follow the dictates of their conscience irrespective of the consequences which might overtake them for it.”

Madiba taught us many lessons. He emphasised our collective responsibility to care and provide for those in dire need, especially children. He led by example and donated part of his salary to a number of charities which helped those in need.

That we are free and live in a society that is seen worldwide as a pillar of democracy and freedom is a testament to the legacy of Madiba.

The one-year anniversary provides us with an opportunity to reflect on how each and every one of us can contribute in taking forward his legacy of building a caring nation based on the principles of freedom, justice and equality for all. Our communities are crying out for selfless people to stand up and make a difference. There is a Mandela inside all of us.

Now is the time for us to step forward and take the lead towards building a better country. To achieve this we must become the change we want to see; we should become change leaders and inspire others to join in the push to move our country forward. It is often easy to forget that Madiba was just an ordinary man who identified what needed to be achieved and never looked back.

To take his legacy forward we must be advocates of justice and peace. President Jacob Zuma last year reminded us that Mandela “stood for freedom. He fought against those who oppressed others. He wanted everyone to be free.” We cannot claim to embrace Madiba’s legacy and values when we stand on the sidelines and are comfortable in complacency when the majority of our people suffer the challenges of poverty and unemployment.

We cannot say we are building the type of society he worked tirelessly to construct by being silent when our voices should be heard on behalf of the poor, vulnerable and disadvantaged.

We must begin by assuming the personal discipline required to build a society rather than participating in its destruction. Do we litter? Buy stolen goods? Cheat on our taxes? Drive drunk? Bribe a government official? Or does each of us strive in our personal lives to build bridges between races, genders or nationalities? Do we work to pass our skills and knowledge to others? Are we identifying the challenges facing our communities in order to help resolve them in partnership with government, business and civil society?

Madiba taught us that life is more than just an endless quest for material possessions. We must look beyond status, position and titles and begin to focus on contributing towards the greater good for society. The successes we enjoy can be channelled into an instrument that will help to move our beloved country forward.

To honour his long walk to freedom we have to take forward his ideals. Just like Madiba, we must be prepared to take action, engage, forgive and more importantly ask ourselves how best we can contribute towards the greater good.

Our response one year after his death and into the future will continue to shape the nation we are building. Our collective efforts will ultimately give substance to Mandela’s dream of building a united, democratic, non-racial, non-sexist and prosperous South Africa.