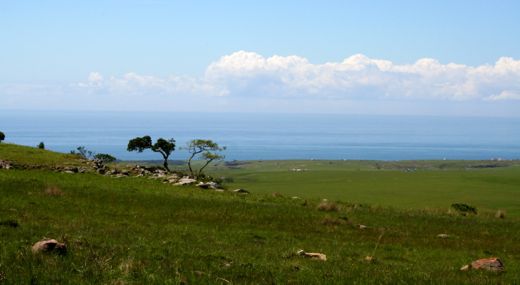 The beauty of the Eastern Cape: rolling hills near Msikaba.

Science and Technology Minister Derek Hanekom is in the Eastern Cape today to officially hand over Mdavuza Senior Primary School to the Qumbu community today. As he made his way to the school, the minister couldn’t help himself from tweeting about the beautiful Eastern Cape landscape:

The Mdavuza Senior Primary School is one of the schools built through the Accelerated Schools Infrastructure Delivery Initiative (Asidi), an extension of the broader Presidential Infrastructure Coordinating Commission. The objective of Asidi is to address infrastructure backlogs in the country – especially inappropriate, unsafe and mud schools.

Mdavuza school was built at a cost just under R10-million. It has new classrooms, a multimedia centre, a library, a science laboratory and a computer laboratory.