South Africa is urbanising at a rapid pace and its major cities are taking the most strain. They may be affordable and possess a healthy job market, but numerous challenges keep them from competing with the world’s megacities. Brand South Africa presents its findings on South Africa’s cities based on the 2015 City Brands Index and the MasterCard African Cities Growth Index.

This research note update focuses on findings from recent studies that provide insight into the profile of South African cities from both a global reputation/awareness, and competitiveness point of view. The studies analysed include the 2015 City Brand Index and the MasterCard African Cities Growth Index. Read the full research note.

The first section briefly outlines the critical role cities and metro’s play in not only national, but also the global economy.

According to data from Statistics South Africa, as well as the World Bank, it is safe to say that South Africa’s population is urbanised at a rate of anywhere between 60 and 64%. From a demographic and economic point of view, cities therefore play a crucial role in the country’s human, economic and social development. From a reputation point of view the table below presents the rankings of South African cities in the 2015 City Brand Index.

It is also positive that the People of South Africa’s cities are described most prominently as:

In terms of city competitiveness, the 2015 African City Growth Index shows that the South African cities measured in the index have strong infrastructural and governance features that make them attractive. However, some challenges faced by South African cities are noted below.

Key African Cities Growth Index findings on SA cities Some reasons offered for the above scenario by ACGI include:

The top five African cities according to the ACGI are: 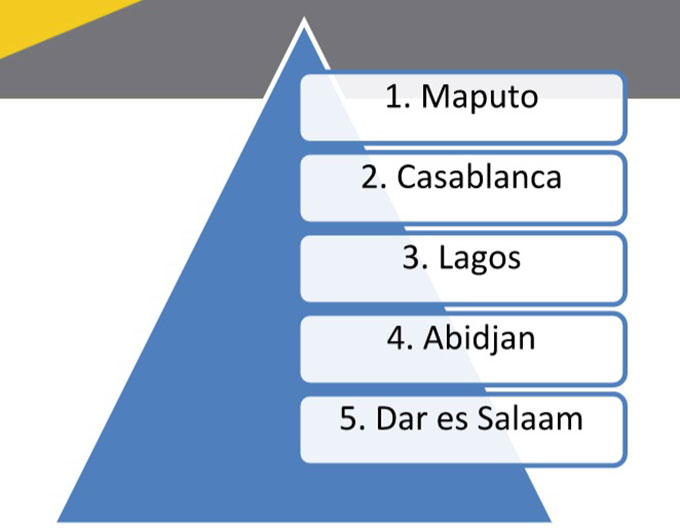 Due to the increasingly critical role cities are playing in the global economy, more emphasis has to be put on how these cities contribute to the national economy;

Perceptions of South African cities reflect on the Nation Brand and its reputation as well. Meaning that what cities offer residents and the world play a major role in shaping the reputation and competitiveness of the country as a whole;

Need to interrogate reasons for lowering inclusive growth potential of South African cities as seen in the ACGI;

Work on profiling the business, trade and investment offerings of South African cities more and to increase familiarity with the cities in key international audiences.