“We surprised the rest of the world with delivering one of the most successful soccer World Cups ever seen,” Brand South Africa CEO Miller Matola said at the Mzanzi Soul Awards ceremony in Johannesburg on Tuesday evening. 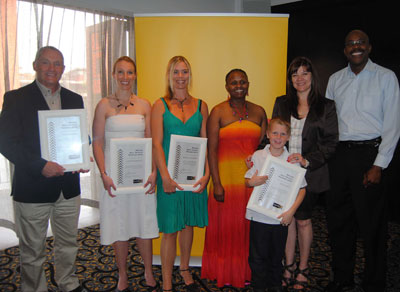 “The Mzansi awards recognise and celebrate those unique and innovative individuals who helped ensure that the 2010 Fifa World Cup was an outstanding success, but also highlight positive role models that encourage pride and patriotism in our country.”

Brand South Africa ran an online voting campaign to find the Mzansi Soul Awards winner, giving South Africans the opportunity to nominate people whose “soulful contributions” to their communities were helping to create a better country for all South Africans.

The top five nominees for the award were Larkan; 702 Talk Radio host John Robbie; women’s world 800 metres champion Caster Semenya; Wyclef Christensen, a seven-year-old boy whose father passed away from a terminal illness but with tremendous courage managed to rise above it; and Lisa Steingold, who helped her domestic worker to establish her own sewing business.

Thanda, which means “love” in isiZulu, is a non-profit organization under Orphans Against Aids which provides support for Aids orphans and other vulnerable children in rural KwaZulu-Natal.

Thanda After-School, Thanda’s newest and biggest project, makes use of existing resources to provide daily after-school support to vulnerable children, enabling them to stay in their community while acquiring the skills they need to break out of the cycle of poverty and HIV/Aids.

“The Mzansi Soul Awards aimed to unearth the stories of true South Africans, and all our nominees truly reflected the values of ubuntu that have contributed towards enhancing the pride and patriotism of South Africans,” Matola said.

During the World Cup, Matola said, South Africans “stood together as a nation in support of our team and our country. We learnt a valuable lesson, that together we can do anything we put our souls into.

“Let us continue with the same spirit to build a nation that we can all be proud of.” 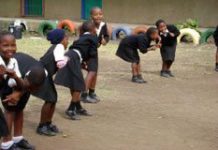 Thanda’s got a whole lot of Mzansi Soul!