South Africa’s chemicals industry, including fuel and plastics fabrication as well as pharmaceuticals, is the largest of its kind in Africa, and has been identified by the government as a key driver of economic growth.

South Africa’s industry, the largest of its kind in Africa, is highly complex and widely diverse, spanning fuel and plastics fabrication to pharmaceuticals.

It is of substantial significance to the South African economy, and a key component of the country’s industrial base. Petroleum, chemical products, rubber and plastic products contributed R318-million to the GDP in 2011, which is about 23% of total manufacturing sales (Statistics SA, 2012). It employs around 200 000 people.

The global chemical industry has an estimated value of more than $4,12-trillion and has grown over two-fold from 2000 to 2010 (American Chemistry Council, 2011). While Africa’s contribution is small, the chemicals sector is expected to play an increasingly important role in African economies.

It is a key component of the country’s industrial base, with synthetic coal and natural gas-based liquid fuels and petrochemicals dominating the industry. South Africa is the world leader in coal-based synthesis and gas-to-liquids technologies.

But while the upstream sector is concentrated and well developed, the downstream sector – although diverse – remains relatively underdeveloped. There is potential in processing raw feedstock, which South Africa already exports in significant quantities.

South Africa is among the most cost-effective producers of ethylene and propylene in the world, thanks to abundant access to low-grade coal and leading-edge process technology.

The primary and secondary sectors are dominated by Sasol (through Sasol Chemical Industries and Sasol Polymers), AECI and Dow Sentrachem. These companies have expanded their interests in tertiary products, especially those with export potential.

While the South African pharmaceutical market is only 0,35% of the global market, it is also the world’s largest market for anti-retrovirals with an estimated 1,06-million adults and more than 105 000 children receiving state-sponsored antiretroviral treatment in 2010.

Under the Industrial Policy Action Plan, the Department of Trade and Industry is supporting the development of scientific and technological skills necessary to encourage growth and progress.

South Africa is a world leader in coal-based synthesis and gas-to-liquid technologies. It is among the lowest-cost producers of ethylene and propylene in the world, thanks to abundant access to low-grade coal and leading-edge process technology.

Consideration for the environment is a key factor in the development of the chemicals sector. South Africa has adopted first-world standards in its environmental policies, introducing regulations to promote co-operative environmental management and providing guidelines for the disposal of hazardous waste. 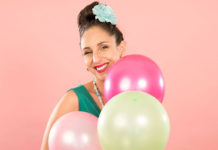 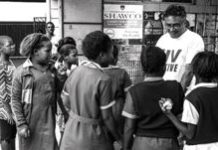 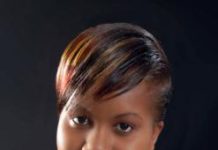