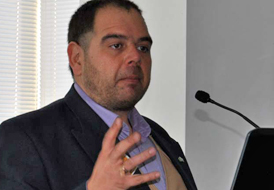 Delegates gathered at the Pavilion Conference Centre in the Clock Tower at Cape Town’s V&A Waterfront for the workshop on 17 October. There have already been similar meetings in the Eastern Cape and Gauteng provinces, with the next stop being KwaZulu-Natal.

Key themes from the workshop included communication and collaboration, with participants asking where city brands fell in Brand South Africa’s strategy and how there could be better streamlining between cities’ and provinces’ aspirations and marketing and those of the country. Policy coherence and stability were also hot topics, with particular reference to mining and downstream beneficiation.

The meeting intention, said Wendy Tlou, Brand South Africa’s director of strategic marketing and communications, was to gather input for the SACF, which would look at South Africa’s strengths and weaknesses to boost its competitiveness on a global scale.

“We must have conversations around these and maximise our assets. It is important that we are listening. We need to understand why global competitiveness is important.”
Petrus de Kock, Brand South Africa’s head of research, is the driving force behind the SACF. He explained that the organisation was working on the nation brand – to market the country – as its mandate from the Presidency.

“We deal with a huge number of people, so we need to be well-informed about what the country offers. Nation brand is a competitive construct. These meetings are needed so that we can extract as much knowledge as we can from the people on the ground, doing the manufacturing, making the economy run.” 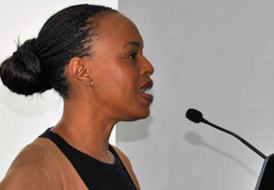 “We are looking to find our competitive and reputational strength and weakness and what is the country message. The top 50 companies on the JSE (Johannesburg Stock Exchange), top 50 by reputation, manufacturers, government departments, academia, think tanks and media are all invited to the SACF.”

The concept comes none too soon: as Tlou pointed out, we have seen how single events can have an immediate and huge effect on South Africa’s reputation, for example: the Marikana massacre and the Oscar Pistorius shooting.

“The key is to be resilient. We need to look into what we can own, 20 years into democracy, look at what we have done. We must also be open about our Achilles’s heels.”
The statistics speak for themselves: on the Rep Trak index, maintained by the G8’s Reputation Institute, South Africa’s reputation score plummeted in January and February this year – the Pistorius incident took place on Valentine’s Day – but recovered to its highest level in August and September. The point, De Kock said, was that on an ordinary day, without any bad events, South Africa’s reputation was quite good globally.

Yet he agreed that incidents such as Marikana affected foreign direct investment (FDI).

“But South Africa still attracts about 20% of all FDI for Africa. It is a significant amount, but we can do much more. Yet FDI competition is more often than not shaped by specific and sector issues – for example, can you make the product to set standards.”

Key outcomes expected from the SACF would be specific steps from each breakaway session tackling what could be done to change the country’s marketing. There would also be a ministerial debriefing, and work would be initiated and input sought on developing a South Africa-specific competitiveness index.

“As a country we need to track our own performance. What do we need as a tool to measure the success or not of the national plans? Lastly, [we] need to look at what the South African country messaging is saying.”

Cape Town Tourism raised the question of feeding the city’s programmes and good stories – like its designation as World Design Capital in 2014 – into Brand South Africa’s programmes and messaging. Tlou agreed that it was necessary to have all stakeholders on the same page. This meant the country message needed to be the same, without detracting from the city or region message.

Operationally, this could be done through setting up a collaborative platform, with a forum to manage it. Regular, on-going relationship building was necessary, pointed out Chris Whelan, the chief executive of Accelerate Cape Town, a business think tank.

“It needs to include businesspeople who travel abroad, so that we are all telling the same story.”
Given Cape Town and the Western Cape’s success in marketing themselves and managing a number of successful programmes, it was suggested that a skills transfer with other provinces and cities may be useful.

Mining’s contribution to the national gross domestic product may have dropped from more than 20% in the 1970s to around 6% now, but its value chain was huge, making it a critical industry, said Ross Harvey from the South African Institute of International Affairs. Yet there was no stability or clarity in terms of national government policy or legislation, which scared off investors.

The institute is a non-governmental research organisation focused on South Africa’s and Africa’s international relations.

The Industrial Policy Action Plan (IPAP) and the National Development Plan (NDP) contradicted each other in terms of downstream beneficiation, he said, with the IPAP strongly oriented towards it – strands of it could be seen in the minerals legislation – and the NDP saying it was not important.

“It is not just incoherent; it is contradictory. People need to know what the rules of the game are.”

A single point of entry for investors was much needed. At present there were so many options, foreign investors and business people were unsure of whether they should approach the Department of Trade and Industry, a provincial government, Wesgro or any number of city and regional organisations.

It was agreed that it was critical that cities reduce transactional costs and ease doing business. But Fayi Dharsey, from the Western Cape government, made the point that red tape was the underside of transactional costs. Red tape affected exports, industry, competitiveness and the economy. The SACF needed to concentrate on red tape barriers – like exporting to other nations – to trade.

“We are not even sharing information across provinces on how to cut through some of this tape. We need to break down the SACF into practical issues, such as helping each other across provinces.”

She also raised the many special relationships, twinning and sister partnerships between South African and foreign cities and regions, asking, “Is there an audit of this? Is the message they are all giving the same?”

Finally, MccPowell Fombang, a Cameroonian PhD student at the University of Stellenbosch and a member of Junior Chamber International SA, said the Department of International Relations and Cooperation should also get on board.

“If an investor in South Africa needs skills and can’t find them in the country, they need to be able to bring them in and get permits for them to work here,” he said.

Junior Chamber International is a global community of young, active citizens between the ages of 18 and 40 who believe that to create positive change, people must improve themselves and the world around them.