As Team South Africa prepares to showcase the country’s successes at the World Economic Forum annual meeting in Davos, Switzerland, we must remember that a quality education for young people is critical to our global competitiveness, writes Brand South Africa CEO Miller Matola.

“The building of leaders begins at the foundation stages of a child’s life and the education system as well as the community must be part of this process,” writes Miller Matola. (Image: Brand South Africa)

The nation brand is an extremely complex concept. I recently found a diagrammatic representation in a paper entitled the Nation Brand Molecule which shows illustrates exactly how complex this concept is. The nation brand is a composite reflection of each citizen in the country and therefore building and sustaining a positive nation brand image requires all hands on deck. Most important, however, is the political will required to build a cohesive and consistent nation brand.

I preface my thoughts in this way as I consider the 2014 matriculation results.

One particular point stood out above all else as I listened to various opinions and reports on this issue over the last few days – the recrimination and lack of accountability. I lament the lost spirit that it takes a village to raise a child. The children we raise today will form part of the economically active part of our population who will drive the competitiveness of our country. Therefore, the children we fail today, must account for more than just recriminations.

Competitiveness is, among others, defined as the “effectiveness and efficiency with which a nation uses its human, capital and natural resources”. Another definition looks at competitiveness as a “country’s ability to maintain high rates of growth and employment”. Competitiveness therefore brings together two elements: economic success, which takes the form of market growth, high employment and increasing living standards of the population, and the efficient and effective utilisation of a nation’s resources.

How will South Africa ever achieve either of these elements if we continue to blame others for the failure of our education system to ensure that our children have the ability to access the opportunities that are available for their growth and development? In denying our children the ability to access these opportunities, we deny our country the possibility of achieving the greatness we know we are capable of.

This may sound dire, but the development of dynamic economies and the enhancement of economic competitiveness are at the forefront of global discussion at the moment. The majority of nations of the world are striving to improve the international economic competitiveness of their countries rather than trying to avoid global competition behind protective walls. At the crux of a nation’s ability to compete in the global marketplace is its competitiveness.

I anticipate that this will be among the foremost topics of discussion at the 2015 World Economic Forum meeting in Davos, Switzerland from 21 to 24 January 2015. Indeed, the theme of the forum is the “New Global Context” which talks to the way in which the global economic and political architecture is being reshaped by new economic realities and new political formations. Without doubt innovation and technology as drivers of development and national prosperity will feature highly in the deliberations.

What drives the competitiveness of countries and, at the same time, what are the key success factors?

A 1995 World Competitiveness Report by the International Institute for Management Development asserted that the competitiveness of companies and nations is influenced by eight major factors:

• A competitive domestic economy that brings higher value-added productivity and prosperity to the country.
• Outward-looking economic policies that increase economic activities and improve the country’s economic performance; higher integration with the international economy, more productive resource allocation and higher living standards.
• Less government intervention; government policies concentrating on creating a competitive environment for enterprises and providing macroeconomic and social conditions to minimise external risks.
• Internationally integrated financial sector that supports competitiveness. A well-developed infrastructure with availability of natural resources; a functional business system, information technology, transport, communication and an educated skilled labour force that promotes competitive business environment in a country.
• Managerial ability that provides long-term orientation to adapt to changes in the competitive environment; a level of entrepreneurship and skills for integration of business activities.
• Capability for efficient and innovative application of existing technologies that bring competitive advantage. Investment in research and innovative activities for acquiring new knowledge.
• A knowledge-based society and skilled labour force that increases a country’s productivity and competitiveness.

These factors are still as relevant today as they were in 1995.

On paper, our country has legislation and policies that speak to our intention to create the necessary environment that builds our competitiveness. But can we honestly say that we are indeed all playing our part in implementing the policies that will see South Africa grow into a competitive country that speaks to a robust economy as well as a one that nurtures and develops our human capacity?

As I reflect on the development of our human capacity, I noted with concern that one of the findings following the completion of the 2014 matric exams was that learners were promoted to Grade 12 despite not being adequately prepared for the grade. How will this assist us in developing excellence in our young people? How will such actions help us build a country where our people are able to lead others and build a spirit of excellence in others?

South Africa’s National Development Plan is our blueprint for social and economic development by 2030. This plan has adopted a “youth lens” in its proposals to ensure young people become active, contributing citizens and should see young people receiving quality education – particularly around maths and science programmes, skills transfer and training.

Significantly, the NDP also prioritises leadership as a pillar our country’s growth and development. The building of leaders begins at the foundation stages of a child’s life and the education system as well as the community must be part of this process. Leaders are not built by governments, rather by families and communities. How can we therefore play our part to ensure we nurture the development of leaders in, among others, our homes, communities, workplaces? This is something all South Africans must begin to reflect on. It aligns very strongly to the spirit that “it takes a village …”

As we entered 2015, it occurred to me that we must collectively deliver the vision of a prosperous and developed South Africa as envisaged in the National Development Plan in a mere 15 years. Can we do it? Do we have the will, the resilience, the tenacity, the spirit to make the National Development Plan a reality? Or will we be found wanting by this generation of young people and those to come?

This opinion piece was originally published in Business Report on 15 January 2015. 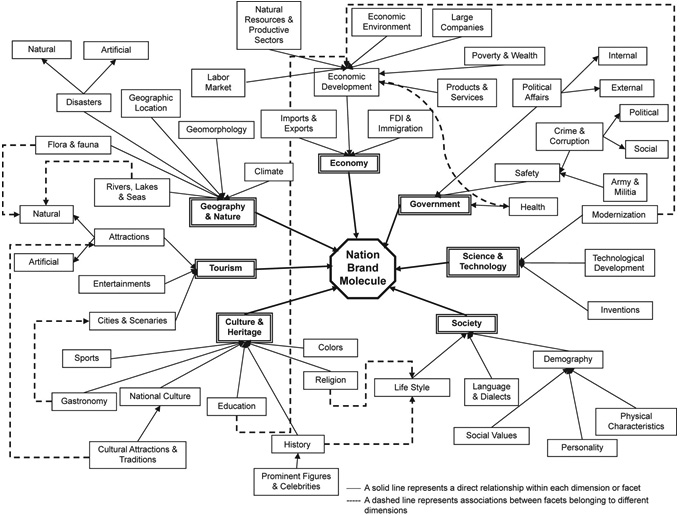