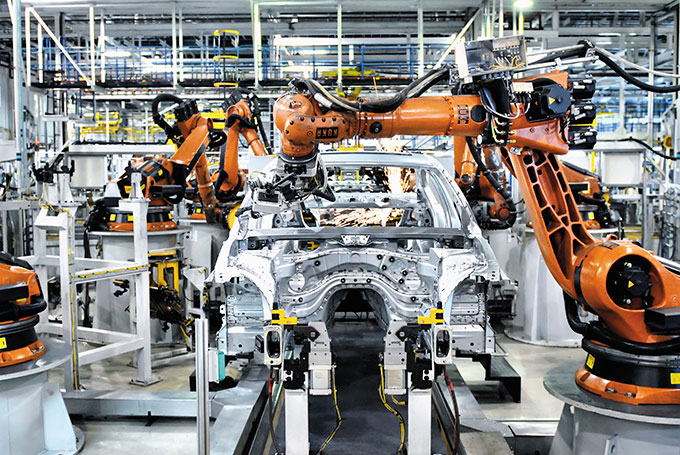 Johannesburg, Friday, 4 September 2015 – The rand might have been turbulent of late and the GDP might have shrunk but Brand South Africa’s CEO Kingsley Makhubela assures investors that the country remains on an upward trajectory. With a reduction in the cost of fuel, increased foreign direct investment and a halt in load shedding South Africa is, indeed, still open for business.

South Africa has recently experienced a rather turbulent week which saw the fall of the rand cause, amongst others, panic among investors, the South African corporate market and citizens alike.

This came amidst statistics released by Stats SA which indicated that our gross domestic product (GDP) had shrunk 1.3% in the second quarter raising concerns that the country is on the brink of a recession. This is not comforting coming against the news that one of our BRICS partners, Brazil has officially entered a recessionary period.

However, in the same week, we also received news of a significant reduction in the cost of fuel while our country also went into the third week of no load shedding. The operationalisation of Medupi’s Unit 6 means that this situation may become the norm rather than the exception. This will impact positively on investors and the domestic market alike.

So, while it may all seem very dire and suggests a very bleak economic outlook for South Africa, perhaps there are some rays of light on the horizon.

The amount of inward FDI into the country also attests to the confidence of investors into our country since domestic and foreign investors are first and foremost returns driven. A range of studies also indicate a positive correlation between investment and the expectation of strong economic growth in a country. This is notwithstanding domestic conditions and some challenges.

It is also significant to recognise that despite global FDI falling by 16% in 2014, South Africa was able to attract over R140 billion in the 2013/14 financial year. This is almost double the amount of FDI in 2012.

In addition, and contrary to international trends, gross domestic fixed investment into South Africa has been growing steadily since the global financial crisis.

Multinationals continue to find South Africa an attractive investment destination. While we have recently seen multinationals like Starbucks and Facebook choosing to explore the African market using South Africa as a base, we may not realise how many multinationals from the most developed economies in the world currently have operations in South Africa: 700 from the USA; 600 from the UK; 600 from Germany; 280 from Japan; 185 from France and 120 from India. Just last week VW committed an addition R4.5 billion to its investment into the South Africa market which will finance its production for domestic and export purposes. This certainly suggests optimism and confidence from the international community about the security of the South African market.

South Africa has also introduced a range of instruments to ensure a friendlier investment climate for multinationals. For instance, the six Industrial Development Zones (IDZs) created between 2002-2014, have attracted a total of 59 investors on site with an investment value of more than R10.7 billion.

The introduction of Special Economic Zones which are managed by the DTI, has also created a significant potential for investment:

In the Platinum Valley a lot of interest has been shown by several potential investors including: Anglo Platinum and Ballard Power Systems who are looking at the establishment of a Fuel Cell Product Development Plant while Paus from Germany is considering investment in a plant manufacturing mining equipment

In Musina, a Memorandum of Agreement has been signed between the Limpopo Government and Hong Kong Mining Exchange Company Limited.

In Upington, two companies have indicated interest in maintenance, repair and overhaul of air transport equipment as well as the manufacturing of PV solar panels.

The Dube Trade Port which was launched in 2014 has attracted over R900m in investment.

In Gauteng, the China-South Africa Science Park to be located at NASREC SEZ, will become a hub of innovation and technology.

In Maluti A Phofung SEZ, the proposed investment pipeline includes: the construction of a rail-based container terminal by Transnet at a cost of R1.8b, the pre-assembly of sub components through utilising the cross-dock facility by Toyota South Africa, the manufacturing of anti-retroviral tablets.

Another positive trend that has been observed is that the continent remains an attractive investment destination for foreign investors. Multinationals continue to see South Africa’s infrastructure, financial regulatory environment, governance standards as an enabling environment for their African expansion plans.

What all of this suggests is that, South Africa remains an attractive investment destination and is certainly open for business.