London (UK), Wednesday 23 March 2016 – South Africa’s High Commissioner to the UK, HE Obed Thembinkosi Mlaba will visit the Rugby School and Museum  today, ahead of the 450th Anniversary of the Popular Sport (Rugby)  in 2017.

The objective of this meeting is to formalise the relationship between South Africa and the Rugby School. The Rugby school has formalised links known as Friends of Hong Kong and Friends of America.

Sport has shown it is very powerful as a vehicle for national reconciliation and nation building.

Brand South Africa’s Country manager to the UK, Ms Pumela Salela said: “Knowing how important Rugby is to South Africa, we want to establish a Friends of South Africa chapter. Rugby is one of South Africa’s big three sports, alongside soccer and cricket. For the many South African fans of the game, rugby is a serious matter, a source of bursting pride and joy.”

The SA High Commissioner will investigate opportunities for previously disadvantaged South Africans to  participate on an exchange programme with the  Rugby school. The school itself is located in an area called Rugby in the United Kingdom 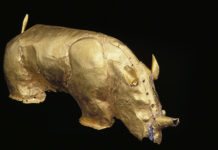 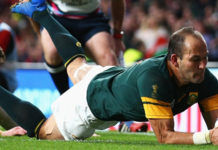