Twelve-year-old Bhekimuzi Magagula from Meetse-a-Bophelo Primary School in Mamelodi East is overcome by emotion as he sings happy birthday to Nelson Mandela during an International Mandela Day event at the Union Buildings in Pretoria on 18 July 2013. (Image: GCIS)

Johannesburg, Friday 17 July 2015 – South Africa and the world commemorate International Mandela Day on Saturday 18 July 2015. On this day the legacy of service emulated by the former Statesman and South Africa’s founding President Nelson Rolihlahla Mandela is celebrated and honoured.

This year, International Nelson Mandela Day is commemorated under the theme: Play Your Part and Make Every Day a Mandela Day. This call is made so that all citizens in our country can carry forward the legacy of active citizenship embodied by the former Statesman and contribute to South Africa’s growth and development.

South Africa remains one of the most unequal societies in the world. A spirit of active citizenship that will drive the implementation of the National Development Plan is critical to national efforts to reduce this inequality. The National Development Plan or Vision 2030 is South Africa’s blueprint for social and economic growth and development. This plan will be successfully implemented only when all stakeholders in the country’s nation building project come together in a common purpose. 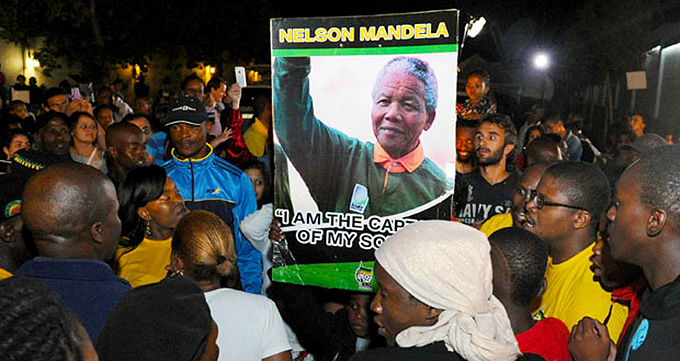 Ordinary South Africans gather to mourn and celebrate the life of Nelson Mandela after his passing in December 2013. (Image: GCIS)

A report entitled “I believe I can make a difference” by the Charities Aid Foundation has found that giving and volunteering, which are important expressions of humanity and citizenship, are already widely evidenced across Africa. The report further finds that initiatives like International Mandela Day in South Africa “are illustrative of a concerted interest and effort in cultivating a caring society,” which promotes active citizenship and social cohesion.

The findings of this report are echoed by the National Perceptions Audit conducted by Brand South Africa which finds that South Africa’s pride level stands at 80, active citizenship level at 68 and social cohesion level at 73. Fifty-three percent (53%) of citizens surveyed indicated that they would like to contribute to social programmes although they may not have the time and resources to do so which a further 29% indicated that are willing to contribute to programmes that help others. 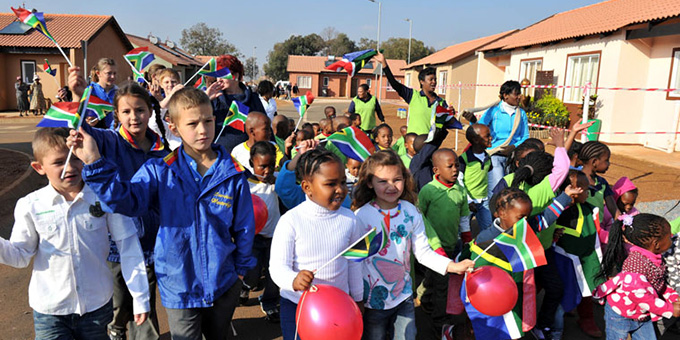 It is with this in mind that Brand South Africa has partnered with the Going the Extra Mile programme (GEM) to develop an app which lists programmes and projects to which people can contribute. Using an app to communicate such projects is an innovate way in which to allow citizens to access information on a platform of their choice, in their own time, at their own leisure. The app is therefore intended to enable greater active citizenship cognisant of the fact that the South African brand is already strongly characterised by a spirit of active citizenship and service to others.

Brand South Africa calls on all citizens to continue to play their part to enable growth and development in our country. Let International Mandela Day 2015 be the beginning of 365 Mandela Days.