News that Caster Semenya is ready to hit the ground running, literally, is music to my ears and, I’m sure, a big deal for fellow sports enthusiasts. The 800m Olympic silver medalist is set to compete at the high-ranking Diamond League in Zurich on Thursday (30 August).

It was disappointing that she could not compete in the IAAF World Championships in Moscow, missing the qualifying standard by 0.36 seconds. I reckoned she was South Africa’s only real hope for a medal in that competition, but it was Johan Cronje’s lone bronze that surprised many and made us proud.

Semenya was born to be a champion. She was a medalist at the previous two World Championships, and is not used to playing second fiddle. But athletes cannot rely on their reputations alone: you’re as good as your last show, which means she has to work hard now. 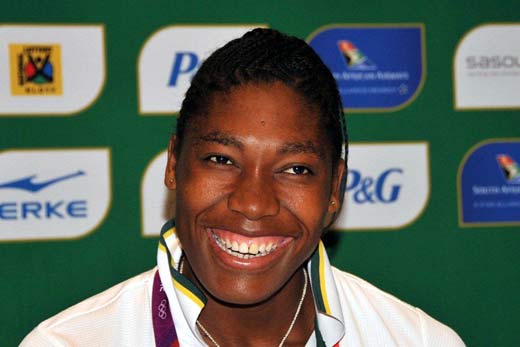 Caster Semenya is set to smash her season’s best when she competes in Europe this week.

No doubt, she is hungry for glory. She knows her capabilities and that the sky is only the beginning for her.  Her coach Maria Mutola is quoted in The Citizen, saying Semenya now looks armed to conquer: “She is now finally feeling stronger and she’s looking good. Her knee is not bothering her anymore and she is ready to compete against the world’s best.”

Semenya has been undergoing rehabilitation since the London Olympics to correct an imbalance in her leg strength. Her best time so far this season is 2:01.86 achieved at Flanders Cup meeting in Belgium, but Mutola insists the track star can still surpass her season’s best.

The track star has a busy time ahead. She is set to compete at the Amsterdam Open on Saturday and at the World Challenge meeting in Zagreb next week. All we can do is cheer and rally behind this champ.