There are hundreds of dying languages across Africa. In South Africa, there are seven listed as endangered by the Endangered Languages Project. Lost Tongue follows Helena Steenkamp as she learns the ancient language of her ancestors, and in so doing, regains her identity. 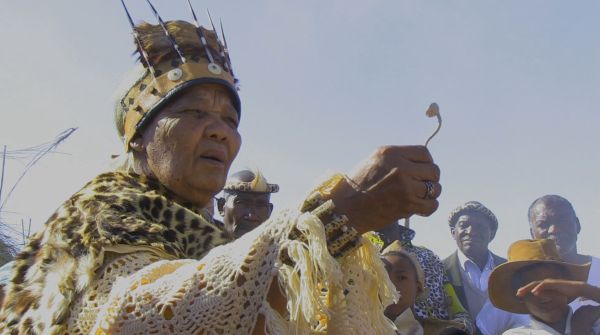 Director Davison Mudzingwa’s Lost Tongue documentary follows Helena Steenkamp as she learns N!uu, the 25 000-year-old language of her ancestors. Shot over three years, it tells the story of one Khomani San woman as she learns from one of the last three native speakers.

Mudzingwa and his cinematographer, Themba Vilikazi, passed through the towns of Andriesvale and Upington in the Northern Cape while shooting a previous short film. What struck him the most was the chosen language of the communities, Afrikaans.

“It was shocking to me that people communicated in Afrikaans. I began wondering about the problem of identity when you don’t speak your mother tongue. Then we met Helena. She was asking herself these questions about her own identity. She wanted to speak the language she was meant to be speaking.”

For Steenkamp, the N!uu language represents the singular nature of her people. For too long the language was not considered a thing of value. Nobody tried to learn it or pass it on to another generation. As she learns she discovers that her mother tongue is more than just vocabulary. It teachers her deference for her surroundings and gives her an understanding of her ancestry. It enhances her holistic relationship with all of her world. 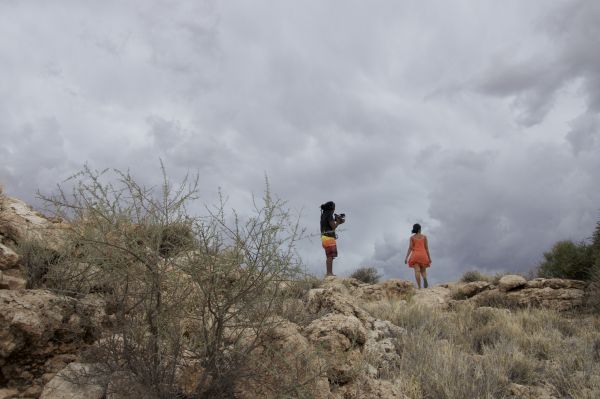 There is a doomed romanticism in being the last speaker of a language, a sense of empowerment that comes from speaking a mother tongue. As the elderly speakers of native tongues die, Mudzingwa explains, we lose more than a language. Younger generations lose an understanding of an identity rooted in a language they cannot speak.

“Once you lose a native tongue, you lose indigenous knowledge. You are cut free from the identity carried by language. Ancient wisdom dies. You lose a culture and a way of knowing who you are.”

That N!uu is endangered is a result of deliberate actions on the part of colonists who, in need of cheap labour, forced the indigenous population to learn and speak Afrikaans. San children were educated in Afrikaans, and catechized into believing in the superiority of Western culture and language.

“Something brutal happened to these people. Forced to not speak their own language, they have lost their identity and culture. When we lose our language, wisdom dies. Our way of living becomes alien. We lose sight of who we really are,” Mudzingwa explains.

What we lose when languages die
“In general terms we will lose thousands of years of knowledge when we allow a language to die. All that awareness that we transfer orally from generation to generation will be lost.”

Science, art and understanding local ecology is lost. Knowledge about geography, agriculture and art are passed on through language. When a language dies, people lose their own creation myths and their sense of belonging to something unique.

There are about 7 billion people on the planet; we speak about 7 000 different languages. By the end of the century half of those languages will be dead, heard only on recordings and studied by linguists. Young people are forsaking their mother tongues for, mostly, English, the patois of the digital age.

As the world’s population urbanises there is benefit in having a single dominant language. However, we don’t just lose a language; we lose the unique perspectives created by different languages. Robert Holman of Columbia University and the Endangered Language Alliance poetically put it to a New York Times reporter: “Language is consciousness. Everybody wants to speak English, but those lullabies that allow you to go to sleep at night and dream — that’s what we’re talking about.”

Why does it matter if a language vanishes? Language is an evolving, living expression of a society. Even English as we know it will be totes dead in a millennium. Social media is changing language. English today is not your grandpa’s English. What was once just text speak is being sounded out in the real world.

And new words are being created, a mulatto of English and abbreviations that sound weird to an untrained ear. There are odd sounds in unexpected places. As linguistic researchers Lauren Spradlin and Taylor Jones point out, this new language is not simply about Twitter character limits; it’s about re-arranging sound.

Language evolves as the culture evolves. The changes in the English language are not primarily about efficiency. They are, says Spradlin, about millennials being expressive and adding new dimension to words. And it should be celebrated.

Technology may still prove able to save dying languages. Or at least preserve them for generations that follow. Mudzingwa points out: “It is chilling the number of dying languages there are. In Canada and New Zealand people are using mobile apps to record the voices of elders. People can now listen and learn right on their cellphones. This is technology that we can utilise across Africa.”

There are hundreds of dying languages across Africa. In South Africa, besides Nu/u, there are six languages – !Xun, Birwa, Khoekhoe, Khwe, Korana and Siphuti – that are listed as endangered by the Endangered Languages Project.

Language gives us more than just the ability to communicate, says Mudzingwa. It connects us to everything. It is community and a feeling of self. Saving indigenous languages, “…should definitely be one of the top priorities of a community and a nation. Once we lose that bit of language, we lose that history of who we are.”

Watch:New York has long been a city of immigrants, but linguists now consider it a laboratory for studying and preserving languages in rapid decline elsewhere in the world.