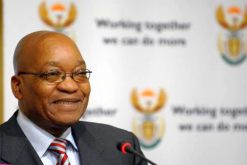 South Africa’s invitation by BRIC (Brazil, the Russian Federation, India and China) to join the bloc as a full member will propel the country to new heights.

“It can expect to boost investment and trade opportunities for the country, as it has done for the other four states comprising the informal grouping,” said the International Marketing Council of South Africa’s CEO, Miller Matola.

South Africa, which received an invitation to join the powerful group of emerging economies, had a combined GDP of R18-trillion (US$2.6-trillion) late in December.

BRIC will account for 61% of global growth in three years’ time, according to the International Monetary Fund (IMF).

“The fact that South Africa has the opportunity to be affiliated to this group of powerful emerging economies underlines two main points. The country is recognised as a developing economy of significance in its own right, but also that it is the gateway to the continent of Africa – the next growth superstar,” said Matola.

Matola expressed his belief that this is a good step for South Africa, not only economically but also politically. He said a new world order is unfolding where economic clout – and therefore political power – is shifting from West to East, with the BRIC countries as the visible face of this movement.

South Africa, along with other emerging economies, has long been punting for a greater role in international organisations like the IMF and the World Bank.

Matola added that the invitation to join BRIC, combined with South Africa’s renewed membership of the UN Security Council, will enhance the country’s influence in this regard too.

He predicted important opportunities opening up on the investment and trade front, with private companies possibly finding it easier to gain a foothold into BRIC markets. Partnerships with BRIC-based companies may also bloom.

“This might become particularly important as South Africa is already the biggest emerging economy investor in the continent and its companies are active in at least half of all African countries,” Matola said.

Joining BRIC – soon to be BRICS – will also mean that South Africa must use these new opportunities to increase its competitive edge.

Last year, the country’s ranking in the Global Competitiveness Index of the World Economic Forum dropped, but its performance has in fact remained stable. Rather, the decline reflects improvements from other countries and their ability to spur growth.

“South Africa will play in a different league and as such, will have to improve its delivery and performance,” said Matola.

“To draw South Africa into this powerful club underlines the country’s growing international role and its future significance for those who want to make use of the expanding African opportunities.

“It is, in fact, an association that does not only benefit the group, but the emerging world as a whole and Africa, in particular,” he said.

It is expected that South Africa will be accepted formally as a new BRIC member at these emerging powers’ next summit in April.