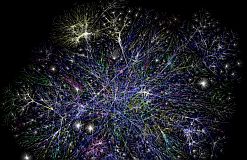 More businesses and private internet users in South Africa are showing support for the .za domain name as opposed to the generic top-level category dot-com, according to a market survey on local perceptions about domain names.

Some 83% of South African companies are happy with the .za domain, The ZA Domain Name Authority (Zadna) said at a press conference in Johannesburg on 16 March, where the results of the survey were released.

“Locally co.za is growing way ahead of .com,” said Zadna’s general manager Vika Mpisane. “Most companies are saying it’s important that we trade under a local name [on the internet] as we’d like to be known as South African. The main factor was having a name with a South African identity.”

A number of the country’s bigger firms currently prefer the dual use of co.za and dot-com to maintain a global presence, and, according to the survey, 58% of companies indicated they might switch to this in the future.

About 15% or 90 000 South African websites are currently using the dot-com domain exclusively, while 541 805 are registered under the .za domain. The letters “za” were chosen as Saudi Arabia uses the extension “sa”.

More companies with an online presence choose the local domain because it’s slightly more affordable to register, Mpisane said. The registration and annual renewal fees for a .za domain are R50, while a dot-com domain costs US$7 (about R51).

There was a perception among users that the .za domain is overcrowded, but Mpisane said the reality is there are about 86 million dot-com sites currently active, so “there’s potential for .za to grow much bigger”.

“My experience is that companies first go to dot-com and find their name has already been taken,” he added.

Zadna believes more South African websites should carry the local domain, as it would help the country generate more money from the internet and facilitate the settling of disputes over name registrations and intellectual property.

The agency said it’s working on making more companies aware of the benefits of the .za domain. “A gospel we need to preach is that when you have dot-com you are not giving money back to South Africa … .za belongs to South Africa; if you register dot-com that registration fee goes to America,” Mpisane said.

Difficulties arise when a local dot-com company finds that its registered online name is used by another firm abroad, he said. “A company may end up in an American court when there’s a dispute.”

Zadna said it has resolved 35 disputes over .za site names since 2007, with two having gone to appeal. Through its alternate dispute resolution (ADR) process, overseen by experienced adjudicators, settlement costs just R10 000 over two months and avoids lengthy court cases.

The survey also revealed that there is potential for creating local domain variations such as mobi.za for mobile phones, fam.za for families, shop.za for retailers and music.za. About 49% of NGOs were interested in the ngo.za domain to coexist with or replace the current org.za extension.

But there was little interest in websites adopting local city names, for example .Joburg or .Durban, a trend that’s gaining popularity globally. Survey respondents said this was because some South African city names change over time.

Mpisane said businesses also saw this as an attempt to create multiple local identities on the internet. “The respondents overwhelmingly felt that South Africa did not need to have multiple identities online.”

Zadna, which falls under the Department of Communications, said it’s going ahead with plans to license all local ISPs and website operators, which are currently unlicensed.

The ISPs, many of which have established a reputable online presence in the country, are in favour of this, Mpisane said. “They do want to be licensed. When you license them you set accountability measures.”

Although South Africa’s Electronic Communications and Transactions Act of 2002 calls for the providers to be issued with licences, it has not been enforced yet. The department hopes to rectify this in 2010.

Zadna chairperson Hasmukh Gajjar expressed concern for the “nonexistent, completely silent” presence of Africa on the global internet market. He said this was mainly because “the continent is lagging behind in terms of internet providers”.

There are about 1-million websites in the whole of Africa with country domains, with more than half of that number being the .za domain.

This problem could be solved by encouraging more organisations to opt for local domains, said Mpisane, adding that another solution was to get domain authorities – such as Zadna – to market their services.