Home SA Fast Facts News SA to validate BRICS membership
Share on Facebook
Tweet on Twitter
SOUTH AFRICA must get on with proving it is worthy of its membership of the BRICS group of developing nations. 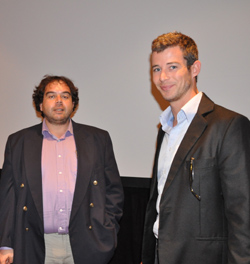 That was the message from a roundtable discussion led by Dr Jim O’Neill and co-hosted by Brand SA in Cape Town yesterday.

O’Neill, who coined the term BRICS to refer to the earlier group of developing nations (Brazil, Russia, India and China), led the discussion on ‘the s in BRICS’ (South Africa) with a group of ambassadors of One Young World, a charity that brings together bright young people from around the world to create positive change.

While many have questioned the inclusion of South Africa over the continent’s other developing powerhouse, Nigeria, O’Neill mentioned the country’s relatively sophisticated financial services industry and its long history of trade relations with other members in the group as among reasons for its inclusion.

Evidence of South Africa’s ability to punch above its weight includes the success of the BRICS summit in March in Durban.

Outcomes from this meeting, including the idea of an international development bank for the developing world, seemed to set the BRICS club on a course of action after almost a decade of scheming and dreaming.

Now, O’Neill said, the time had come for the newest member of the group to get on with proving it deserved that seat at the table. 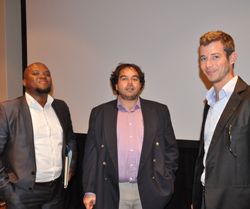 During the roundtable meeting nine OYW ambassadors had a chance to comment on ‘the s in BRICS’. Most expressed their hope and excitement at the possibilities for South Africa to learn from its BRICS partners, especially in areas such as education and unemployment.

One Young World hosts an annual summit – apparently second only to the Olympics in number of countries that participate – that “offers international decision-makers powerful insight into where our world may be heading”.

South Africa is hosting the fourth One Young World summit from 2 to 5 October this year. Brand SA is a sponsor of the prestigious event that will see 1 300 delegates from 190 countries gather at the Sandton Convention Centre “to share their visions, views and ideas to create practical and achievable commitments for positive change”.

The summit gives bright young people the kind of media platform ordinarily afforded to those who lead countries and corporations.

Delegates speak alongside respected global figures selected for their work and insight into matters affecting the whole world, and young people in particular. Last year, former US President Bill Clinton addressed the delegates to the conference in Pittsburgh in the US.

Founded by David Jones, global chief executive of Havas, and South African-born Kate Robertson, UK group chairman of Havas Worldwide, the One Young World Summit is “a unique event that offers international decision makers powerful insight into where our world may be heading”.