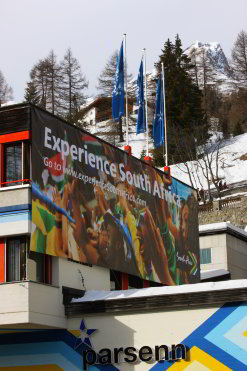 The 2011 WEF meeting convenes under the theme Shared Norms for the New Reality, and will address a number of concerns facing world leaders today. They include the rise of digital media and technology; the emergence of blossoming superpowers such as China and India; debt, joblessness and decreased growth in Western countries; and the failure of the global economic system to successfully address issues such as poverty, inequality and the environment.

South Africa’s agenda runs on three levels. On a national scale, the aim is to promote the country as a competitive nation, and to attract investment to boost economic growth and create more jobs.

At a regional level, the country will drive relevant issues of concern to the continent, and on a global scale, the delegation will promote South Africa as a competent player on the world stage.

Zuma is scheduled to host a dialogue with some 60 CEOs of international corporations, where he and his ministerial delegation will discuss opportunities in South Africa.

According to Matola, the country has already demonstrated its capabilities to the world, and although the Brand South Africa’s representation at Davos 2011 consequently doesn’t need to be as big as the previous year, the organisation will continue to position South Africa as an attractive investment and tourism destination.

“At Davos 2010 our partnership with the private section saw South Africa represented at most panels and plenary sessions. We flew the flag high, but ongoing partnerships are vital if we are to successfully focus on what we want to achieve.”

In 2010 Brand South Africa ran a successful campaign, titled Experience South Africa, to promote the country, which included huge, visually stunning billboards, featuring South African scenery, at Zurich airport and in Davos, and branding on buses in that town.

Zuma is expected to punt South Africa’s hosting of the 17th UN Conference of the Parties on Climate Change (COP17), which takes place in Durban, KwaZulu-Natal province, from 28 November to 9 December 2011. Zuma and Mexico’s President Felipe Calderón will lead a discussion on lessons taken from the COP15 (Copenhagen, 2009) and COP16 (Cancun, Mexico, 2010) conferences, and expectations for COP17.

As busy as always, the South African president will also co-chair a discussion featuring the UN secretary-general’s high level panel on global sustainability, together with Finland’s President Tarja Halonen. This event will focus on climate change as a sustainable development challenge, and the related issues of poverty alleviation, food security, and energy management.

The annual Davos gathering will lay the foundation for this year’s World Economic Forum on Africa, which takes place in Cape Town from 4 to 6 May. The theme is Shaping Africa’s Role in the New Reality and will explore ways in which the continent can play a bigger leadership role in the new reality.