Dubbed NEXT STOP SOUTH AFRICA campaign, the delegation consists of senior officials from the departments of Environmental Affairs and Tourism, Trade and Industry and is collaborating with the South African Foreign Mission in Oman, while South African Airways is sponsoring certain aspects of travel and promotions. They are being accompanied by members of the International Marketing Council of South Africa (IMC), a private sector organization responsible for the territory’s country branding initiative.

The visit confirms the growing importance of the Gulf Region for South African business and investment and the strength of bilateral relations with key countries in the region.

South Africa and the Sultanate of Oman established diplomatic relations in 1995.  A number of bilateral agreements have subsequently been signed including one on military co-operation in 2002.

The South African delegation will be in the Gulf Region from 13 to 23 February during which time the delegation will also visit Qatar, Saudi Arabia and both Dubai and Abu Dhabi in the United Arab Emirates.

On the agenda are meetings and discussions with local business communities as well as workshops on tourism, trade and investment opportunities in South Africa.

These events would also be utilized to allay fears about the state of crime in the country and elaborate on strategies championed by government’s security establishments that are successfully combating crime.

“The Middle East is becoming an important trade zone for South Africa. It holds great potential for South Africa as an export market, and serves as a potential strategic source of foreign direct investment. Bilateral trade with the Middle East has grown significantly since 1994. Because of South Africa’s energy imports, it has a large trade deficit with the region” says Ms Bulelwa Seti, Chief Director for Tourism Support at the Department of Environmental Affairs and Tourism, who will be leading the delegation.

The region also has profound cultural and religious resonance with thousands of South Africans who adhere to Islam. The cultural, religious, historical and strategic affinity between this region and northern part of Africa itself makes it important in the context of Africa’s renewal and the New Partnership for Africa’s Development (NEPAD).

South African exports to Oman had a total value of (South African Rand) R387 million in 2006 and consisted mainly of chemicals, machinery and mechanical appliances. Over the same period imports from Oman totaled just over R1, 3 billion – including petroleum products and electronic equipment.

“There has been significant tourism investments flowing into South Africa from Middle East investors on the acquisition of hospitality properties while there are significant new opportunities opening up in the leisure and hospitality industries as well as in the construction and engineering sectors” says Patience Molokoza, Director, International Tourism Relations at the Department of Environmental Affairs and Tourism.

The 2010 FIFA Soccer World Cup will focus global attention on South Africa as a preferred destination for tourism, trade and investment. Thus the delegation will inform the Saudi business community and government about new opportunities opening up in South Africa and reaffirm the fact that the country is an entry point into a large regional market of more than 180 million people in the Southern African Development Community (SADC) region.

South Africa is currently in the early stage of a period significant economic growth and expansion. Thus this mission would seek to encourage investors from Saudi Arabia to grasp the investment opportunities that are currently available to them that will enable them to reap the benefits in the years to come.

Issued by Meropa Communications for the Brand South Africa Mission in the Gulf Region, 13-23 February 2007. 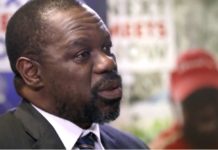 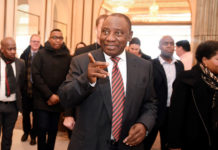