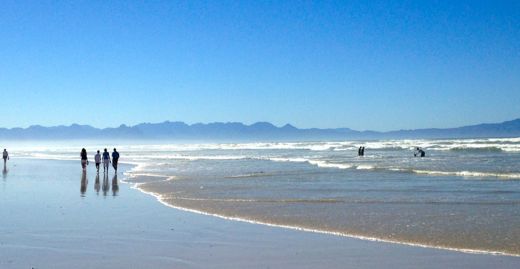 Who wouldn’t want to be here? Muizenberg Beach in early autumn.

Raid the minibar at your hotel in Cape Town, and you’ll land up with a bill of $25.42 – a mere R265*. Do the same at a hotel in Helsinki, and your bill will be closer to $100 (R1 044). TripAdvisor, one the web’s most popular travel websites, has recently released the results of a cost comparison study.

The TripIndex Room Service report compares the cost of room service items in 62 destinations. Cape Town was the only South African city included in the study.

As  Cape Town Tourism says on its blog, “We’re cheaper than Budapest, Prague and Istanbul and a few other cool places: While a sarmie costs $8.11, peanuts $4.20 and dry-cleaning $5.92 in Prague, room service with all of the works in our digs will only set you back a mere $22.97.” That’s a piddly R240 at today’s exchange rate.

** Truth be told, if it was up to me, a packet of peanuts and a can of cooldrink would not be the first things out the minibar.