South Africa is a diverse country, yet most of its people see themselves as South African first, according to Brand South Africa’s latest Domestic Perceptions Research. They also view themselves in a positive light and believe that media is a little too critical about the nation.

During the past week Brand South Africa received results from the Domestic Perceptions Research study. This concludes two rounds of fieldwork conducted in the 2015/16 financial year. The research results of the two rounds, consolidated in one report, renders some interesting information about the perceptions South Africans have of the brand, and their outlook for the future.

This research update merely reflects on a few issues pertaining to self-description, pride, media consumption and perceptions of how the media reports on issues in the domestic environment. More updates on findings from the domestic research to follow.

Being a South African is a very important element of individual and national identity.

Unlike perceptions created through mediated debate, South Africans are extremely proud of the country: 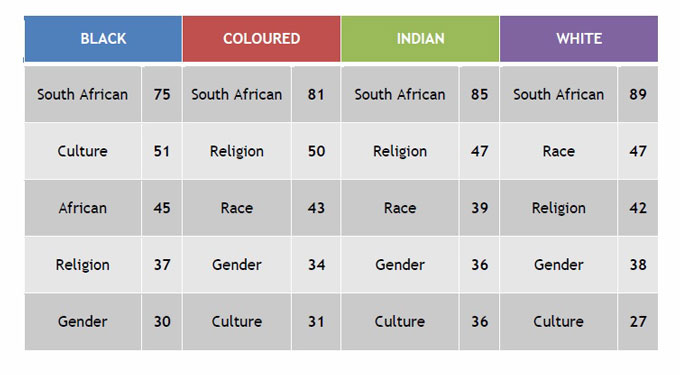 From this it is clear that all races identify themselves as South African first, with religion and race in second place, and culture and gender typically third and fourth choices.

Coincidentally, these self-descriptions match findings from, for example, the Nation Brand Index, and City Brand Index that shows international respondents also describe South Africans as hardworking, open, and friendly people. The images below capture the most common words respondents used to describe themselves. 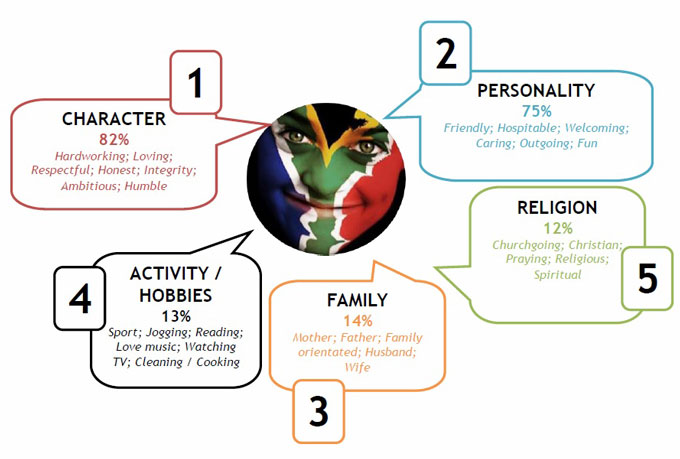 The above self-descriptions can help when speaking about the culture, values, and self-perception of South African people.

Some general findings from the survey indicate that:

In order to understand the extent to which South Africans trust sources of information, respondents are asked to rate the sources as outlined below. 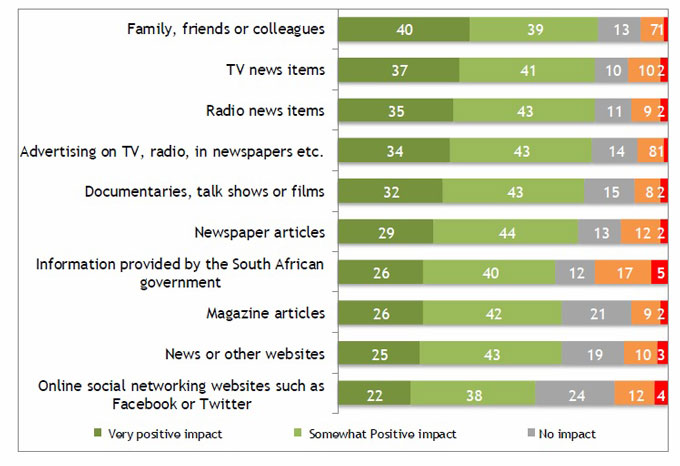 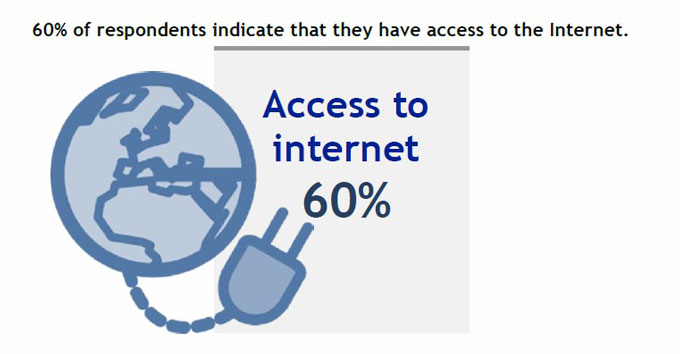 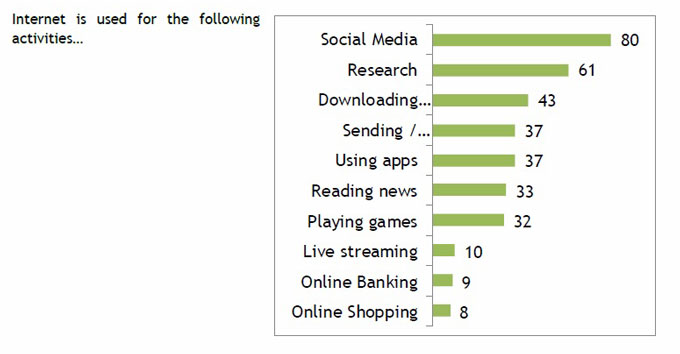