President Jacob Zuma addresses a crowd in Umlazi, Durban, during a walkabout on Saturday 18 April aimed at speaking to locals following attacks on foreign nationals in the city. (Image: GovernmentZA on Flickr)

President Jacob Zuma is to hold consultative meetings with stakeholders to discuss South Africa’s migration policy and how different sectors of society can work with the government to promote orderly migration and good relations between citizens and foreign nationals.

On Wednesday 22 April Zuma will meet representatives from faith-based organisations, business, labour, youth, creative industries, women, sports and the social development sector. During the week he will also meet leaders of organisations representing asylum seekers and refugees, as well as the media.

Foreign nationals have been successfully integrated into South African communities for many years. The government seeks to gain lessons from these successes.

Zuma intends to build lasting partnerships with these stakeholders to ensure the shameful attacks on foreign nationals do not happen again. Seven people have been killed in the attacks – three South Africans and four foreigners – in a week that has caused untold pain to thousands in the country, Africa and the world.

The engagements will also take into account the concerns raised by citizens about the implementation of the migration policy. However, Zuma has emphasised that while the government understands the grievances raised by some citizens, none justify the taking of human life, or the destruction and looting of shops belonging to foreign nationals.

“No grievance can ever justify the cold-blooded murder of fellow human beings, the destruction of property or the displacement of hundreds of people including women and small children,” Zuma said. “Millions of South Africans condemn these atrocious killings and abhor xenophobia and all related intolerances. Together we must work harder to root out violence and hatred in our society.”

Zuma has also established a ministerial task team to quell the violence and stabilise areas affected by the violence against foreigners. The team is made up of ministers from the Justice Peace Crime Prevention and Security Cluster, assisted by the ministers of Small Business Development, Trade and Industry and Social Development.

“The ministers have done well in stabilising the situation and in spreading the message that South Africa will not tolerate violence and in promoting peaceful coexistence,” Zuma said. “However, the challenge of migration requires a long-term solution. In this regard, I have established an Inter-Ministerial Committee to work systematically, looking at all aspects of migration.”

Zuma has reiterated his call for citizens and relief organisations to provide support to displaced people to alleviate their hardship. 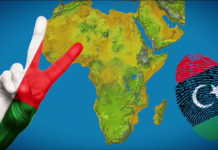 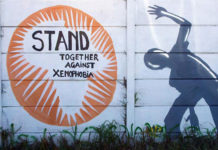