President Jacob Zuma will on Sunday, 22 May 2016, officiate at the National Day of Prayer at Absa Stadium in Durban

The prayers will be for, amongst other things, successful and peaceful 2016 Local Government Elections as well as for the further consolidation of democracy.

On the day of the prayer service, leaders of religious and civil society formations will join government in praying also for national unity, social cohesion as well as for rain and the promotion of water conservation under the persistent drought conditions.

The event will further observe Africa Month which was launched on 03 May 2016 at the Cradle of the Humankind in Mogale City by the Department of Arts and Culture. From last year, government decided to organise activities in May to mark Africa Month, to promote unity, cohesion and prosperity in the African continent.

The 2016 celebrations will be held under the theme; “Building a Better Africa and a Better World” and the sub-theme: “There shall be Peace and Friendship”.

The Africa Month activities, which will be implemented by various government departments and provinces, will showcase and promote African renewal and renaissance, arts and culture, economic development in the continent as well as African sports and recreation.

This year’s celebrations will also reflect on tragic events of last year in parts of Durban and Johannesburg where some foreign nationals, especially those from the African continent, were tragically attacked.

The prayer service will further promote unity and peaceful co-existence and encourage communities to continue fighting xenophobia, racism and any form of intolerance.

Members of the media are invited to cover the event as follows:

We wish to request media covering the event to please send their details to Professor Ndawonde on proffesor@presidency.gov.za or proff.sbhene@gmail.com or 079 891 2782.

Issued by: The Presidency 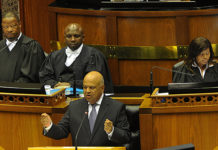 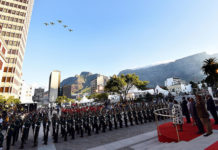