TO ALL MEDIA/NEWS EDITORS

President Jacob Zuma has appointed new members to serve on the Board of Trustees of the Brand South Africa Trust for a period of three years.

• Ms Khanyisile Kweyama, with extensive business leadership and management expertise, has been appointed as Chairperson of the Brand SA Board of Trustees. She is the CEO of Business Unity South Africa (BUSA) and a former executive director at Anglo American South Africa.

• Ms Babalwa Ngonyama has been appointed as Deputy Chairperson. She is the Chief Executive Officer of Sinayo Securities. A chartered accountant, she is a member of Advisory Board of African Women Chartered Accountants. and She is also a former interim CEO and former Treasurer of the Black Business Council. She holds directorships on other Boards.

• Ms Thembi Kunene, an expert in Tourism, Marketing as well Business Management and Strategy, and has wide experience in quality assurance in the tourism sector.

• Mr Kuseni Dlamini, Chairman of Aspen Pharmacare Holdings and of Massmart Holdings. He brings extensive business executive leadership, strategic communication and management expertise to the board.

• Ms Lehlohonolo Bonoko, lawyer and partner in the law firm Bonoko and Maphokga Attorneys, who brings legal expertise to the Board.

• Mr Arthur Mafokate, musician and producer. He is founder of 999 Music, an independent black owned music label. He is a pioneer of the kwaito music genre, and also an astute marketer and entrepreneur.

• Ms Given Refilwe Sibiya, a chartered accountant and director of Xabaniso Consulting, and previously served on the Board of Basil Read.

• Mr Rashid Lombard, the founder of Cape Town International Jazz Festival has a played a pivotal role in conceptualising, strategising and implementing the marketing strategies for the festival now branded as “Africa’s Grandest Gathering“. He previously worked as an international political and war photojournalist for over 28 years and is former CEO of esp Afrika (Pty)Ltd.

The following persons have been re-appointed to the Board of Trustees;

• Ms Pumla Ncapayi, the Deputy Director-General responsible for trade and exports at the Department of Trade and Industry.

The new team will join the only current serving member, Mr Geoffrey Rothschild, consultant and former head of government relations at the Johannesburg Stock Exchange. 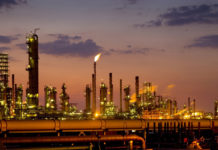