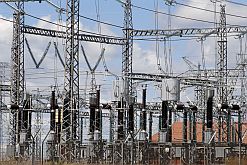 Uninterrupted power supply in South Africa during the 2010 Fifa World Cup is guaranteed, especially for facilities key to the tournament like stadiums, accommodation venues and other related sites, government has said.

Eskom, the country’s state-owned-utility, has also affirmed that the national grid is ready and able to produce enough electricity during the month-long period.

All 10 World Cup host stadiums will be able to generate their own energy from diesel-powered generators, working independently of the national grid, “to ensure undisturbed power supplies during matches”, government said in a statement.

“All 2010 World Cup stadiums will be self-sufficient and not place any additional stress on Eskom’s power grid,” it added. Eskom will provide back-up power for the venues.

The local division of BP has donated all diesel to run the stadium generators, the company announced in March.

And, in accordance to Fifa requirements, South Africa’s National Treasury allocated more than R200-million (US$25.6-million) to buy the machines.

The International Broadcast Centre, from which all World Cup footage will be transmitted to fans across the globe, has 16 diesel-powered generators, “guaranteeing uninterrupted viewing worldwide,” government said.

Thanks to a series of energy-conservation campaigns, South Africa is on target to save between 2 000 and 3 500MW of electricity before the tournament starts, it added.

Eskom all fired up

An independent audit conducted by the Korean Power Company (Kepco) has certified that Eskom is ready to meet demand for the duration of the tournament. Released in April, the Kepco report said the utility’s commitment to reliable power supply was “admirable and comparable to all countries that have held this prestigious event”.

Eskom began World Cup preparations in 2007 by coordinating with government, municipalities, customers and the broader Southern African community to minimise potential risks to the electricity supply.

It is working closely with municipalities, which are final suppliers of electricity to consumers, to ensure that the relay process from power station to stadium operates effectively at all times.

“To achieve this objective, Eskom has embarked on a comprehensive programme involving our staff and external stakeholders to cover all facets of the event,” Johnson said.

Eskom has also completed comprehensive maintenance work on its plants and infrastructure, said Johnson, and has secured additional water and primary energy fuels as contingency measures.

“These measures give us confidence that we can provide reliable supply during the games. In planning for any eventuality, we aim to reduce restoration time to customers by having maintenance teams on standby to attend to any localised power outage, such as electrical trips that may occur on the distribution network.”

South Africa’s electrical supply has mostly been consistent over the last year, Eskom said. There have been no serious power outages since May 2008.

The previous year, however, was not as successful due to rolling blackouts across the country caused by Eskom’s inability to meet the rising demand for power. Although this has been addressed, the utility says the country’s energy reserve margin is still not as wide as it should be.

A looming strike at Eskom, which could also potentially threaten security of power supply, has been called off after the utility was granted an urgent court interdict preventing trade unions and their members from participating in industrial action.

“Eskom is an essential service and employees of an organisation classified as such are prohibited from taking part in industrial action. Engaging in any such action would be considered unlawful,” it said in a statement.