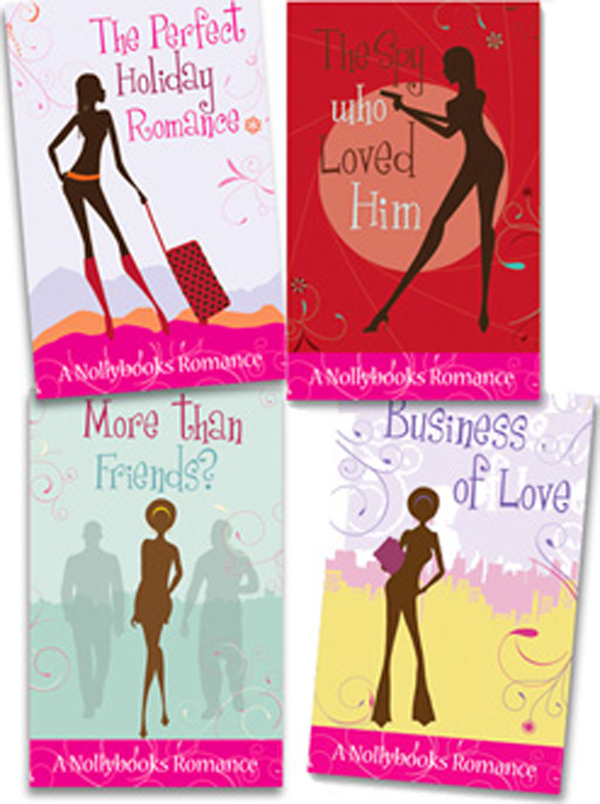 “Chris Rock, the American comedian, jokes that if you want to hide something from a black person, put it in a book. Let’s prove him wrong and let’s get reading, sistas!” That call to action comes from Sis’ Nolly, the face of Nollybooks, a new South African romance imprint aiming to make readers out of young black women.

Nollybooks takes the British Mills & Boon model of chick-lit romance written to a formula and adapts it for the urban South African context, with recognisable – if aspirational – characters, settings, language and culture. But it further adapts the model for a less literate society with the “bookazines” format, with a letter from the editor – Sis’ Nolly – in the front and word games, quizzes, a glossary, book club talking points and celebrity news included at the back.

The series, launched in October 2010, is an imprint of MME Media and the brainchild of Nigeria-born Moky Makura, a writer, TV presenter and producer, PR pioneer and, now, publisher.

Makura, who has an Honours degree in politics, economics and law from Buckingham University in the UK, is on a mission to get “aliterate” young South Africans – particularly girls and young women aged 16 to 24 – back to books.

“For many young people in this country, the last books they read were probably at school,” she told City Press a few months before the Nollybooks launch last year. “It is likely the books were not books they would have chosen to read, so it may also have been a negative experience – so they stop when they leave school.”

Makura points to the fact that more than 3-million South Africans are illiterate, 8-million functionally illiterate, and many millions more aliterate – they can read books, but don’t. It’s this last, vast market that Nollybooks targets.

“We’ve identified a big gap in the market and the time it takes before young people can afford to buy at Exclusive Books,” Makura said. “It’s pricey and intimidating.”

Creating an entirely new market of readers out of ordinary, aliterate South Africans has been done before – to huge success. The country’s first tabloid newspaper Daily Sun revolutionised the local publishing industry by tapping into the market of working-class readers, people who had never bothered with newspapers before. Launched in 2002, Daily Sun is by far South Africa’s largest paper, with daily sales of some 500 000 – three times that of its nearest rivals – and a readership of over 3-million people.

Like Daily Sun, Nollybooks seeks to attract readers with a low price – R50 a book, between half and a third of the cost of a conventional novel – and content that speaks to their lives.

“I named this company Nollybooks because we must write our own stories and make them accessible,” Makura told City Press. “The best way to get people to enjoy books is to give them content they enjoy.”

The name of the imprint reflects her inspiration from the success of local storytelling in her the film industry of Nigeria, her home country. “I believe we Africans want to see ourselves reflected in the content that we consume,” she said. “Nollywood, the Nigerian film industry, was created by Nigerians telling their own stories to themselves. It’s an incredibly successful, self-sustaining industry. It shows that despite questionable production values, people want to see themselves.”

The bookazine format is also an attempt to fit with the readers’ lives, being smaller than most books and so easier to fit in a handbag and read on a bus or taxi to and from work. The glossary of more difficult words included with each book will be useful to members of an aspirational generation, young second-language English speakers keen to improve their language. And dictionaries are rarely found in homes, let alone on public transport.

Nollybooks have so far published 11 titles, including The Perfect Holiday Romance, The Spy Who Loved Him, A Man Worth Knowing and More than Friends. Most were written by first-time authors. The Nollybooks team see nurturing new writing talent as part of their goal to spread literacy in South Africa, so they encourage new writers, offer writing tips on the website and recently held a writing workshop at the National Book Week in Johannesburg.

The plots of the books are fun, upbeat and very local. In The Spy Who Loved Him, journalist Thuli Mabena takes on a job as domestic worker for wealthy businessman Luasi Nkosi, all the while spying on him and reporting back to her readers on how the rich and famous treat their employees.

In Looking for Mr Right, Cassandra is fed up with making wedding gowns for other women while she stays single. Online dating seems a good idea – “until she realises that what glitters in cyberspace isn’t gold in the flesh”. Neo in More Than Just Friends is excitedly awaiting her childhood friend Nceba’s return to South Africa, expecting the awkward-looking boy she grew up with. She is “stunned to see a devastatingly handsome man, and the two immediately rekindle their friendship …”

Like the hugely successful international franchise Mills & Boon, all Nollybooks are put together according to a formula that dictates plots, character and writing style.

“Formulaic writing works,” Makura told The Times. “It captures readers. It gives them a guarantee. They know what to expect. It’s like watching a soap opera. There is a little bit of the same in each book, and this is like what Enid Blyton does for young readers, too – helping to creating reading habits.”

But unlike Mills & Boon, and despite many lines given to the protagonist’s attractions – “How did he keep his body so trim and rugged with all the time he spent in court; settlement after settlement?” – there is no sex.

“We are sensitive to the reality of South Africa, to Aids and to young girls,” Makura said.

“The sex happens after the story finishes.”