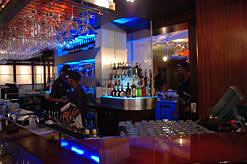 South Africa’s popular food and entertainment chain, News Cafe, opened its first venue in India in November, joining the ranks of other well-known local brands such as Nando’s, Spur and Steers, which have all branched out overseas.

This is the first News Cafe branch to open off the African continent.

The first sub-continental branch of News Cafe opened its doors in the capital city of New Delhi. Before taking the adventurous step the company conducted intensive market research to establish the pattern for overseas expansion.

Research was carried out in three key areas in India – the densely populated cities of Mumbai, New Delhi and Hyderabad. But this country is not the only one in Asia to be targeted by News Cafe – the company also has China in its sights.

The second News Cafe, currently in the final stages of fitting, is due to open early in 2010 in Hyderabad, known as the pharmaceutical and ICT capital of the country.

The third one will open in Mumbai, the world’s second biggest city in terms of population, in March 2010.

To get the most out of its Indian market penetration, the South African franchise has partnered with Numbers Only, a multinational company with extensive hospitality experience in the US and India, and therefore sound knowledge of the industry. Numbers Only also has a separate hotel and restaurant division.

News Cafe GM Alan van der Westhuizen said the company was extremely excited to be branching out into new territory.

“Unlike other parts of the globe, there is much money and potential within the Indian economy,” he said. “An enormous expatriate community exists with the presence of major corporations utilising the country’s colossal workforce. As such, initial reactions to the contemporary News Cafe brand have been incredibly positive.”

He added that New Cafe is hoping to give other similar international brands, such as T.G.I. Friday’s, Hard Rock Cafe and Smokehouse Grill, a run for their money.

The 200-seater New Delhi News Cafe operates in the upmarket residential suburb of Vasant Kunj, in the DLF Promenade which is fittingly situated on Nelson Mandela Road.

Reviews posted on food websites have not been sparing with praise for News Cafe.

“This place rocks,” wrote one enthusiastic diner. “They have the best burgers in town, and the drinks are good … their menu is casual continental.”

Customers can experience the well-established South African vibe with décor very similar to that of local News Cafes.

To be more compatible with the Indian clientele, however, subtle changes have been made, such as the use of brighter, jewel-like colours in fabrics. The familiar wood counter tops have been replaced with locally quarried granite, which is also seen on the floors and walls.

There are also slight changes to the menu. In South Africa News Cafes open very early, some by 07h00, but because the New Delhi one trades between 10h00 and 02h00 the breakfast menu has been reduced accordingly.

In addition to the normal fare, a few local favourite dishes such as paneer kathi, kakori keema sandwich, falafel, and Thai green, green prawn and Thai red vegetable curries, are available. The staple food of rice also appears on the menu.

Hindu customers have been accommodated with a variety of non-beef dishes, but beef has been left on the menu for the growing international community. All dishes are clearly marked as vegetarian or non-vegetarian, or containing beef and pork.

The first News Cafe opened in 1995 in Hatfield, Pretoria, and since then the franchise has expanded throughout South Africa and across the country’s borders. There are now 37 venues in Africa, including franchises in Nigeria and Botswana.

The unique News Cafe lifestyle concept has earned it many awards in the food, beverage and service sector. Success is attributed to astute, high-profile location, versatility, innovation, trend-setting, aesthetics, positive energy and a multi-cultural clientele.

The versatile food chain presents itself as a stylish coffee shop in the morning, switching to a bistro ambience at lunch time, and later in the evening, serves cocktails and light snacks. Occasionally there are music and promotional events for product suppliers.

Customers can make themselves at home at all times of the day at a News Cafe, according to the holding company Fournews Developments.

The company’s international expansion strategy includes not only Asia, but also the Middle East, Europe and North Africa.