The National Health Amendment Bill has paved the way for the establishment of a new independent body, the Office of Standards Compliance, to ensure that South Africa’s hospitals and clinics comply with minimum health standards.

The release of the National Health Amendment Bill has paved the way for the establishment of a new independent body, the Office of Standards Compliance, to ensure that South Africa’s hospitals and clinics comply with minimum health standards.

All health care centres, including private ones, will have to get accreditation from the office.

The establishment of the office follows the government’s commitment to improve the quality of health care in South Africa’s public health facilities and to strengthen the country’s health system through enhanced accountability.

Health Minister Aaron Motsoaledi said in Pretoria this week that the office would ensure that complaints received from health care users or the public were properly and independently investigated.

The office will also advise the minister on the development of standards, norms and quality management systems for the national health system; inspect and certify health establishments as compliant with prescribed norms and standards; and monitor indicators of risk as an early warning system relating to breaches of standards.

Motsoaledi said the office, once established, would be divided into three units: an inspectorate, an accreditation unit, and an ombudsman to handle public complaints about poor services.

“We will go to the institutions unannounced to monitor if the standards are being carried out, and with the ombudsman, members of the public should be able to share their experiences in the health centres,” Motsoaledi said.

The Bill proposes that the office be headed by a qualified executive director and supported by competent personnel, including health inspectors, who may enter any health premises to inspect compliance with the standards.

Motsoaledi said the office would also pave way for the implementation of South Africa’s National Health Insurance (NHI), as the provision of quality care would be one of the core requirements of the NHI.

Motsoaledi has previously expressed his disappointment with the level of health care in many of the country’s public hospitals, and has, through his performance agreement with President Jacob Zuma, committed himself and his department to improving the situation.

Members of the public are invited to submit their comments on the proposed establishment of the Office of Health Standards Compliance. The draft Bill is available on the health department’s website, www.doh.gov.za. 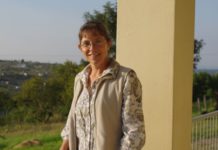 Rural doctors are a prescription for good health 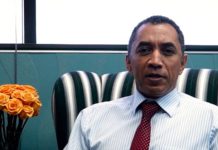 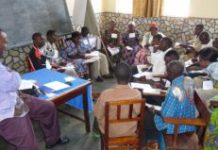