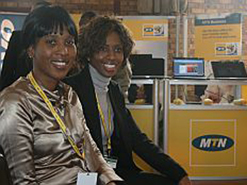 This is welcome news for current and potential investors, as the deal has been on the cards for two years now and looked set to be plagued by further delays in July 2010, when it was announced there were “severe constraints in financial markets”.

The name of the new BEE scheme is Zakhele, which means “built it yourself” in local Nguni languages. It came into effect on 30 August.

The 4% equity deal will increase the group’s BEE ownership, which currently stands at 29.9% when combined with its other economic empowerment initiatives like the Asonge scheme facilitated by the National Empowerment Fund in 2007.

“MTN believes that broad-based BEE participation is important to its future success as a group,” MTN president and CEO Phuthuma Nhleko said in a statement.

The group has supported black empowerment since 1994 and will seek to provide long-term and sustainable benefits to black South Africans, Nhleko said.

“It is for this reason that we have structured the new MTN BEE transaction through an offer to the black public, acting as far as possible within the letter and the spirit of the codes and empowerment requirements for South African businesses.”

MTN and the Public Investment Corporation have made 75-million shares available through the Zakhele scheme, which is planned to run for six years.

The group said it will offer about 0.1% of its issued share capital to its Employee Share Ownership Plan to benefit BEE-eligible employees. Management and directors of the JSE-listed company will not be allowed to participate in this scheme.

MTN is a big player in South Africa and creates stiff competition for other local operators like Vodacom and Cell C. It’s a multinational firm, operating in 21 African countries and the Middle East. In 2006 it had 40-million subscribers, and this number has been growing ever since.