For the second year running, telecommunications giant  MTN leads the Brand Finance South Africa Top 50. The brand’s value has grown by 31%, largely as a result of the corporate’s accommodating and understanding local conditions before it sets up shop. 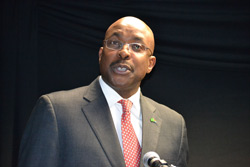 Brand South Africa chief executive, Miller Matola, says the brands featured in the survey contribute to the image of the country.For the second year in a row, South African telecommunications giant, MTN, has been named the country’s top brand, beating out rival Vodacom, and energy producer Sasol. The announcement was made at the release of the Brand Finance South Africa Top 50 survey at Brand South Africa offices on Tuesday, 22 July.

Brand Finance South Africa is part of the international Brand Finance group, which helps companies measure the value of, and manage, their brands.

According to the survey, MTN’s brand value has grown by 31% over the last year thanks to its increasing international exposure. This is also due to how MTN conducts business in each country it enters: it collects knowledge of that country and respects its customs.

The survey shows just how dominant MTN is in the corporate sector. It has widened the gap between itself and its competitors by posting a brand value of R56.3-million, over R30-million more than Sasol and Vodacom.

Sasol had overtaken Vodacom to claim second spot this year after its value increased by 13%. This is largely thanks to ventures in 38 countries; including expansion into the US shale market in recent years, the launch of a R1.9-billion ethylene purification plant in Sasolburg, and the weaker rand.

Investec made the most impressive leap this year, moving from 18th in 2013 to 9th this year. Its brand value increased by 67% and according to the survey, could rival South Africa’s big four banks in coming years.

Chairman of Brand Finance Africa, Thebe Ikalafeng, said it is important to honour major brands such as MTN and Sasol as they help tell the South African story of a competitive nation and country with a great reputation.

He added that the survey provides brands a benchmark they can use to drive their business and their strategy. “It helps to guide them and see how well they do competitively.” 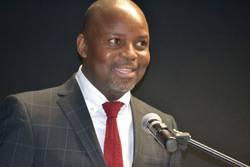 Thebe Ikalafeng of Brand Finance Africa says the brands selected in the survey help in telling the South African story.Ikalafeng said South African business is diverse and competitive across all sectors from telecommunications to retail. However, he said, South African brands should strive for excellence shown by European and American counterparts while emphasising its African roots. “Our distinction is who we are as Africans. It’s that colour, that diversity, that Africanness that only an African can define.”

Brand South Africa chief executive, Miller Matola, said the companies featured in the top 50 are critical to building a nation’s brand. “A lot of them are pioneers. They have strong images in and outside of South Africa. In many ways these brands help build the brand of South Africa.”

He also said that South Africa can increase its global competitiveness by using these enterprises to build sustainable growth and prosperity.

Oliver Schmitz, managing director of Brand Finance South Africa, called on business leaders to follow Nelson Mandela’s example of leadership by putting people ahead of profits so as to ensure their own long-term successOliver Schmitz, managing director at Brand Finance South Africa, said more than 450 brands were analysed during the survey. They were assessed according to the International Organisation for Standardisation’s three requirements for brand evaluation; an intellectual property audit, a consumer behaviour review, and combining these for assessing financial performance.

The evaluators used the royalty relief method, which estimates the likely future sales of a brand and the royalty rate that would be charged for the use of the brand.

Schmitz said brand leaders need to look after the people around them if they are to ensure long-term success. “We need to play our part. A nation brand has a value and all brands have a value. And together we can give value to the consumers out there.”