The recent history of this restaurant chain is remarkable, a living example of the branding approach of the IMC. It is truly “Alive with Possibility”.

This South Africanness and the limitless possibilities that exist in the country are central themes to the re-branding of Mike’s Kitchen by Managing Director, Judy Corney.

This has meant refurbishing the restaurant around the most important space in South African homes, the kitchen, while including elements of the dining room and lounge.

The menu has undergone a major overhaul. All non-South African items have been removed, replacing these with a variety of creative and delicious South African specialities such as pap tart and potjiekos.

But there is more, and this too will be celebrated as part of Heritage Day – a programme to promote employees as shareholders.

This latest campaign is called “From waitress/waiter to Shareholder Joint Venture Campaign” and is another example of how Mike’s Kitchen lives the Brand South Africa values Two employees have already become shareholders – Christinah Maseko and Muzi Mncube. Both will be present at the celebration.

Christinah started as a waitress, then trained other waitresses and did a Mike’s Kitchen/Theta learnership programme – and today she works alongside her partner and fellow-shareholder Jan Kleynhans at Mike’s Kitchen in the Makhado Centre in Louis Trichardt.

Muzi started off as a temporary cleaner, worked his way through the kitchen, became manager and now is a shareholder and co-owner with Garth Miller in Mike’s Kitchen in Springs. “We’re as South African as it gets and we try to promote pride as well awareness of the limitless potential of South Africa to employees and patrons,” says Judy Corney.

A first step in this drive was the partnership of Mike’s Kitchen with the IMC’s Brand Champion Programme. This programme aims to inspire national pride within organisations But then, Judy’s involvement with Mike’s Kitchen is living proof that the brand slogan reflects a reality.

When Judy and her husband Gary bought the franchise, there were only five restaurants in the chain – down from the 50 spread throughout the country.

Then Gary died and Judy had to fight to make it on her own – which she did. She fought off an attempt to reverse the buying of the franchise, brought up her twin daughters and inspired the people who work with her.

Today there are 25 Mike’s Kitchen outlets – proof of Judy’s tenacity and underlining her belief that South Africa is indeed Alive with Possibility.

As Yvonne Johnston, CEO of the International Marketing Council of South Africa says: “The story of Mike’s Kitchen demonstrates what real commitment can do for a company, its employees, its image and standing. They are a success story in terms of how to live the brand.”

Issued by Meropa Communications on behalf of the International Marketing Council of South Africa. 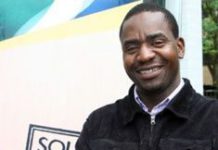 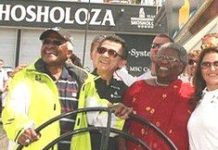 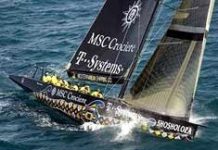 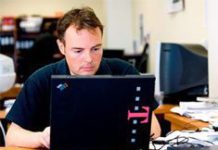 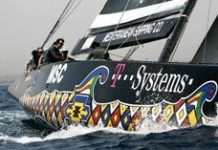