Kenya’s matatu buses are 12- and 14-seater urban transport vehicles – a little bigger than the average South African minibus taxi – that have become a permeating part of Kenyan commuter culture since they were first used for urban and long-haul public transport in the late 1960s. Variations of the matatu can be found in Uganda and Nigeria.

Matatus are built around a stripped chassis of a conventional one- or two-ton transport truck, with welded frames and steel panels giving them their bus shape.

The buses are painted vibrant colours and designs, often featuring hand-painted portraits of prominent Kenyan and global cultural figures, pop stars and politicians, and spray-painted slogans. The buses also play loud, local music to drum up business around bustling terminals in Nairobi and other cities.

Drivers often spend up to $20,000 (about R267,000) and a lot of time customising their buses, ensuring they outclass their rivals and appeal to riders. With increasing competition from improved municipal transport systems, metered taxis and a burgeoning Uber presence, and even the smaller, more conventional minibus taxi, the matatu has to fight hard to stand out and attract business.

Since the ban on matatu artwork was lifted in 2015, drivers have been pimping their rides with abandon: https://t.co/BFhednK8dG pic.twitter.com/7xDOlCE9pX

Government regulation is also threatening to curtail the matatu tradition, out of concern for public safety and in an effort to curtail air and noise pollution. In 2006, a law that banned the buses’ art and music was implemented, to much public outcry. The law lead to a dramatic drop in the number of bus operators in Kenya.That law was eventually lifted in 2015, but drivers and fans of the buses are concerned that a proposed new regulation to ban the larger, 14-seater buses may begin to wipe out the cultural tradition of the matatu, and more importantly, the operators’ livelihood.

Nairobi resident Brian Wanyama began the Matwana Matatu Culture website to document the vibrant traditions of the buses and to protect the heritage of what they represented. He told CNN in October 2016 that the buses were Kenya’s “museums on wheels”.Wanyama’s venture has expanded to incorporate social media and an online video channel, all highlighting Kenyan youth culture within the context of the matatu buses. “It’s something that’s in (the youth’s) blood,” he told the news agency. “When you see the matatus and the art, you really understand Nairobi.”

One of the more popular matatus seen on the website is The Flash, with its meticulously painted tribute to the comic book hero on the exterior and high-tech lighting, free on-board wi-fi and the latest audio-visual equipment on the inside.

Using his various online channels, Wanyama and his team evaluate buses and artworks, interview drivers and artists, as well as keep fans up to date about new music and youth culture in the city.Above all, his mission is to safeguard matatu culture for future generations, saying that “without it we wouldn’t have a way of expressing ourselves”.”The culture needs to have a sense of belonging,” he explains. “If we do nothing about it, it might really come to an end.” 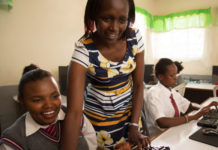 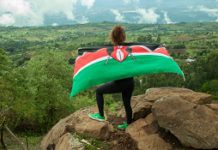