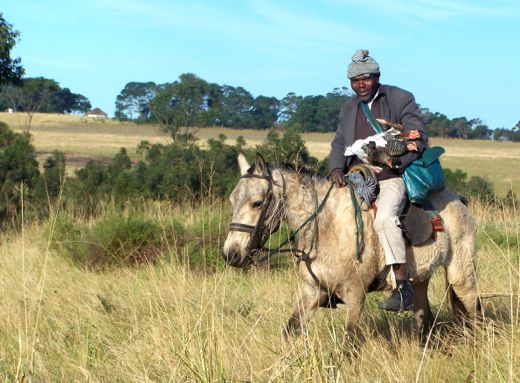 As a place of immense natural and spiritual beauty, the Transkei is a showcase of the land that made Mandela. Photos: Ukubona Africa 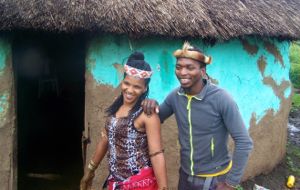 Sangoma Khulela and his girlfriend Macabi are sangomas. Guests are invited to visit them and learn about sangomas, their place in society, value and importance. It is even possible for guests to have a consultations with them.

The bare facts of the life of Nelson Mandela are well known, but as we draw closer to his first birthday we’ll be marking without him, perhaps it is more important to reflect on what made him the great man he was.

If we get a better understanding of the culture that informed his extraordinary humanity, there is a possibility we can celebrate his legacy in concrete and meaningful ways, with some humanity of our own.

The first Nelson Mandela International Day since his death is a good time to explore ubuntu, which Madiba learned at the knee of his elders, under the famed gum trees at Mqhekezweni, the “Great Place” of the Thembu tribe.

It was here, listening to Chief Jongintaba’s council, that a young Mandela learned his diplomacy – and democracy. The regent gave every person a chance to speak; and everybody had to listen to the other’s opinion.

This spectacular, deeply spiritual place is a highlight of Nelson’s Transkei, a tour of the landscapes of his childhood run by travel company Ukubona Africa. It visits the small villages and rural homesteads, and immerses the visitor in the culture of the Thembu. It explores the age-old, rural rhythms of life; and not much has changed since it was the home of a very young Mandela.

Follow his footsteps from Mvezo to Qunu, where he moved with his family at the age of two. And then the journey the nine-year-old Madiba took with his mother to Mqhekezweni, after his father died. Hear the stories of his people. Learn about how Mandela became the man he was. To be sure, it is a hard life, but at its centre lies ubuntu, the idea that I am because you are. Nelson’s Transkei does more than show what made the man; it shows what is special about Africa.