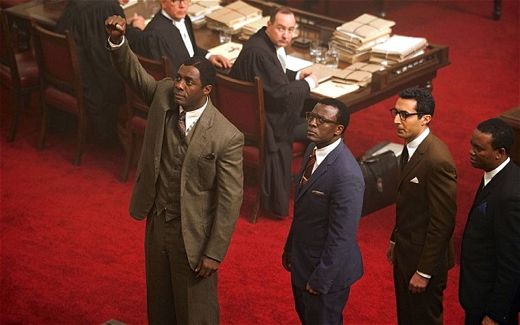 Idris Elba stars as South African President Nelson Mandela in the film based on his autobiography, ‘The Long Walk to Freedom’. 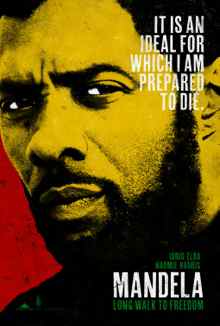 Mandela: The Long Walk to Freedom premiered at this year’s Toronto Internatioal Film Festival – and apparently received an eight-minute standing ovation from the “visibly moved audience”.

Based on Nelson Mandela’s autobiography, the film chronicles Mandela’s life from his childhood in the Transkei to his inauguration as South Africa’s first democratically elected president. It is the only official film based on Mandela’s life.

Directed by Justin Chadwick, it was produced by Anant Singh who was given the rights to the film by Mandela himself more than 15 years ago.

First reviews are in and are positive with Idris Elba, who takes on the title role, being singled out for his performance. “The restrained intensity of Idris Elba’s performance as Nelson Mandela ennobles this ambitiously sprawling biopic,” The Hollywood Reporter says in its review.

I’m especially intrigued to see Naomie Harris as Winnie, and Riaad Moosa as Ahmed Kathrada. Others in the cast include Tony Kgoroge as Walter Sisulu, Zolani Mkiva as Raymond Mhlaba, Simo Magwaza as Andrew Mlangeni, Fana Mokoena as Govan Mbeki and Thapelo Mokoena as Elias Motsoaledi.

The movie will premier in South Africa at the Maponya Mall in Soweto, and open at all other cinemas on 28 November.