Brand South Africa will host a live Twitter chat with economist Dr Iraj Abedian, founder and chief executive of Pan-African Capital Holdings, to explore the implications of South Africa’s 2015 national Budget for both investors and citizens.

Send your Budget questions to Dr Abedian via @Brand_SA using the hashtag #CompetitiveSA. To get the conversation started, here’s some background information on the importance of the Budget and what it means for South Africa’s economy.

What is the Budget?

In the finance minister’s annual Budget speech, the national government outlines its spending and revenue-raising plans for the next financial year, which runs from April to March. The minister explains how the government will allocate money to its various objectives and programmes. The Budget also gives citizens and investors insight into the government’s policies on raising revenue and decreasing debt.

Why is the Budget speech important?

The Budget speech outlines the government’s priorities for the next financial year. Budget allocations are key indicators of the importance the government places on specific social and economic issues.

What were the key focus areas of this year’s Budget?

How does the Budget affect you?

• Taxes are government’s primary mechanism to generate revenue.
• In his 2015/2016 Budget speech, finance minister Nhlanhla Nene announced that certain categories of tax will be raised, including the fuel levy and income tax.
• Income tax has been increased by 1%. This amounts to only R21 extra a month for those paying an annual salary of R200 000 – less than the cost of a meal at a fast food restaurant.
• The government will invest this extra tax revenue on improving infrastructure, healthcare and education, as well as on resolving South Africa’s energy crisis.
• The new revenue will also fund work toward achieving the priorities of the government’s National Development Plan.
• A new savings policy will waive taxes on savings of R30 000 and under, to encourage South Africans to use their money more wisely.
• Nene also called on all citizens to work to eradicate the fault lines cutting across our social and economic landscape.

How can South Africans play their part and be responsible with their money?

One of the government’s priorities is to decrease indebtedness. South Africans need to work towards getting out of debt and creating a culture of saving.

How will the Budget affect South Africa’s investment climate?

• South Africa is seen as a sound investment destination. The national treasury has a reputation for prudent fiscal policy management, and our financial markets are strong and stable.
• Investors want to know that their business interests in the country will be protected. This requires sounds institutions, such as a clean and stable government, independent judiciary, fair recourse when investors’ business interests have been harmed, and so on.
• Investors will want to know is that their market can grow into the future; that the South African economy will expand and GDP rise.
• The Budget affects the health of South Africa’s economy in a number of ways. It decreases wasteful government expenditure, clamps down on corruption, and will not harm economic growth. Increasing revenue through a modest rise in personal income taxes, for example, will not harm growth.
• Treasury has generally made good calls in terms of where to cut expenditure and where to boost revenue so as not to jeopardise future growth.
• It is likely that the steps to decrease government expenditure taken in the Budget will be viewed favourably by investors, because they help bring public debt under control and prevent interest payments from crowding out government spending on important contributors to future growth.

Iraj Abedian is the founder and Chief Executive of Pan-African Capital Holdings (Pty) Ltd. He was professor of economics at the University of Cape Town, before entering the business sector in 2000. He obtained his BA (Honours) and MA in Economics from University of Cape Town (UCT). He received his PhD in Economics from Simon Fraser University in Canada in 1993. He has served as a consultant on economic policy issues to public and private sector organizations in South Africa as well as internationally. His involvement in policy development in South Africa includes: The Transformation of the Development Bank of Southern Africa (1995), the RDP White Paper (1995), Growth, Employment and Redistribution (GEAR 1996), Medium Term Expenditure Framework (MTEF 1997/98), the Presidential Review Commission (PRC 1997/98, membership of the President’s Economic Advisory Panel 2006-2009 and Economic Advisor to Minister of Mineral Resources of SA Government (Feb. 2010 to July 2012).

He is a prolific researcher and has written numerous articles and co-authored books such as:

During September to December 1999, Dr Abedian was based at the IMF, Washington D.C., working on issues related to fiscal vulnerability assessment. In January 2000 he joined The Standard Bank Group at their head office in Johannesburg as Group Chief Economist. He was appointed Director and Group Economist in April 2000, and was a member of the Standard Bank Group EXCO. From June 2003 to August 2004, he was an economic columnist for SOWETAN; a Johannesburg-based daily newspaper. In 2003, Association of Black Securities and Investment Professionals (ABSIP) awarded him the title of “Top Economist of the Year”. As of March 2014, he is an Honorary Professor of Economics at Graduate School of Business, Nelson Mandela Metropolitan University, Port Elizabeth and serves the following organizations and companies: 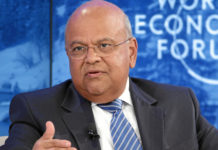 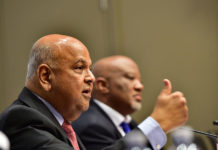 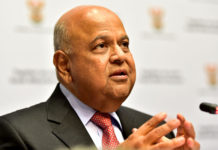 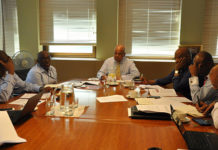