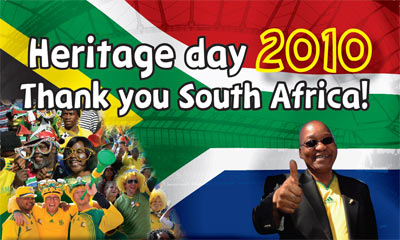 The successful hosting of the World Cup was made possible through the collective participation and contribution of all South Africans, which have resulted in benefits beyond the tournament.

South Africa’s national heritage is enriched by the hosting of 2010 FIFA World Cup™.