The official funeral of Minister of Public Service and Administration Collins Chabane, who died tragically in a car accident last weekend, will be held on Saturday 21 March at 9am in Limpopo. A memorial service will be held this Thursday in Pretoria. 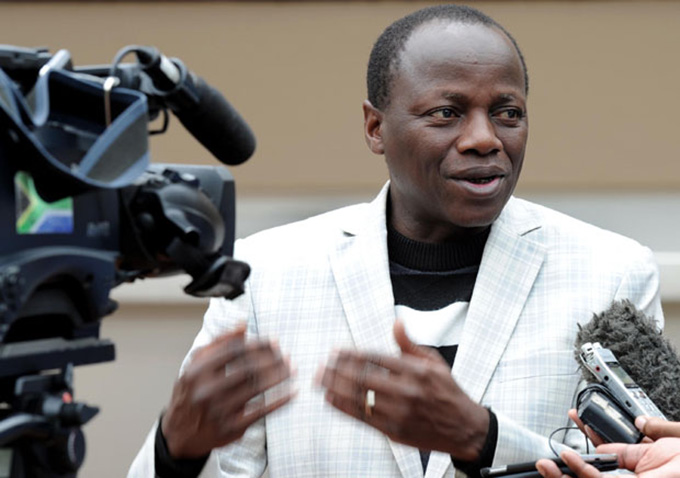 On Sunday 15 March 2015 South Africa woke to the tragic news of the passing of Minister of Public Service and Administration Ohm Collins Chabane. He died in a car accident with his two protectors, Sergeant Lawrence Lentsoane and Sergeant Lesiba Sekele.

The officers’ funeral arrangements are being handled by the South African Police Services, as they died in the line of duty.

The Inter-Ministerial Committee on State Funerals met on Tuesday 17 March in Cape Town to plan the official funeral for Chabane.

Minister Chabane will be accorded an Official Funeral Category 1, an honour given to serving ministers, the Speaker of the National Assembly, the Chief Justice of the Republic of South Africa, the Chairperson of the National Council of Provinces and provincial Premiers. President Jacob Zuma has ordered all national flags to be flown at half-mast throughout the country on Saturday 21 March, the day of the funeral.

The venue for Chabane’s memorial service has been changed from the Pretoria City Hall to the Tshwane Events Centre, formerly known as the Pretoria Show Grounds. Deputy President Cyril Ramaphosa will deliver the keynote address.

Chabane’s funeral will be held at 09h00 on Saturday 21 March at the late minister’s home village of Xikundu, in the Vhembe District of Limpopo. President Zuma will deliver the oration.

The Department of Communication and GCIS will facilitate the issuing of media accreditation. The media are asked to bring their identity document or press card when collecting their accreditation.

The public are invited to write messages to the Chabane family in the condolence books at these venues:

The public are asked to send messages to communication@presidency.gov.za. All messages will be collated into a book, which will be given to the Chabane family. This email message channel will be open until Sunday 22 March 2015.

The social media campaign on Twitter and Facebook will run from 17 March to Sunday 22 March. Members of the public are requested to address @PresidencyZA on Twitter and post on the Presidency of the Republic of South Africa Facebook page. The hashtag is #RIPMinChabane