Cross the border into the Eastern Cape, whether along the N6 or N2, and an overwhelming calm takes over. Its green hills, dense forests and warm seas embrace the visitor, revealing all that is sacred and making you feel as if you have arrived home. 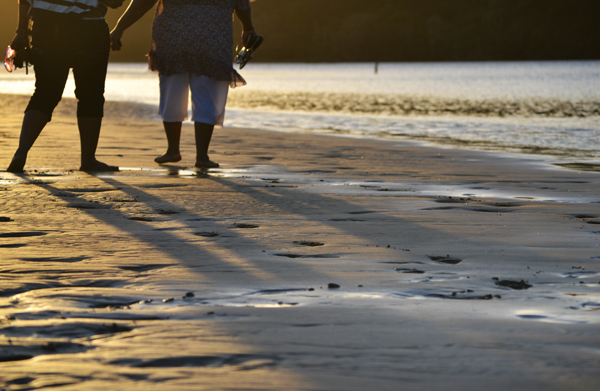 The Eastern Cape’s landscape is varied and suits the taste of any tourist. You can ski the alpine slopes of Tiffindell, hike the forests of Tsitsikamma, lounge on any of its golden beaches and take in the savannah culture of the Karoo. (Images: Shamin Chibba, unless stated otherwise)

It’s September. It’s spring in South Africa – and Tourism Month, celebrated this year with the theme “Tourism for All”. To inspire your next road trip we bring you nine galleries, one for each province, showcasing our country’s remarkable beauty and diversity.

The Eastern Cape’s natural landscape is varied and caters for tourists of all kinds. One can ski the alpine slopes of Tiffindell, surf the Supertubes in Jeffrey’s Bay , hike the forest in Hogsback and explore the oddities in the savannah-like Karoo towns.

The Eastern Cape is a storied part of South Africa, filled with people carving out a life in what is the country’s poorest province. Despite this, its people have a lot of heart and if you spend a little time with them, you will feel as if you have always belonged there. 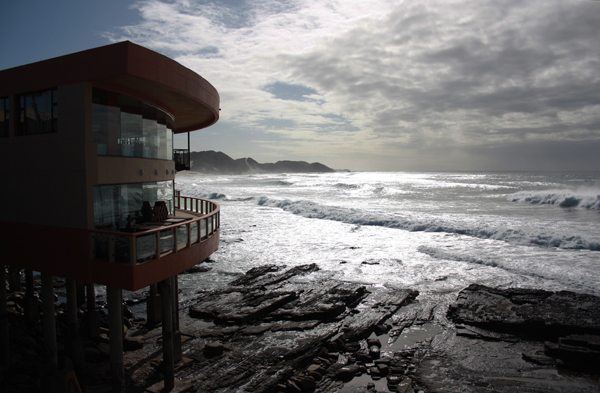 The East London beachfront hosts one of the country’s biggest New Years’ bashes each year. But between the parties, it is calm, with many East Londoners walking or running on the promenade at the end of the day. 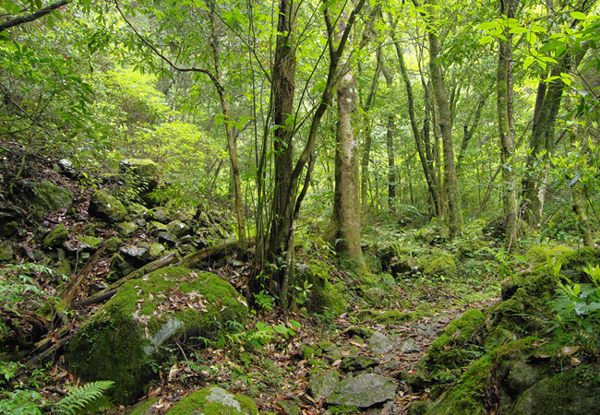 Kologha Forest in Stutterheim is the second largest natural forest in South Africa after the Knysna Forest. It can be explored by foot, mountain bike and even on horseback. For those looking to do a spot of fishing, the forest’s waterways are home to trout. Be on the lookout for the forest’s many inhabitants, which include bushpigs, bats, monkeys, duikers and numerous birds. (Image: SA-Venues.com) 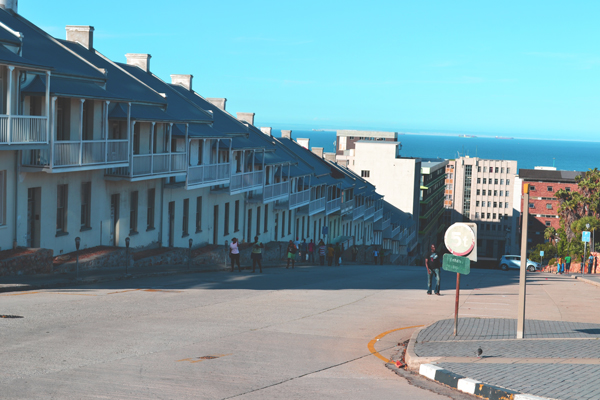 Built between 1860 and 1880, the Donkin Street terraced houses in Port Elizabeth are actually integrated as a single unit. The whole street was declared a national monument in 1967. 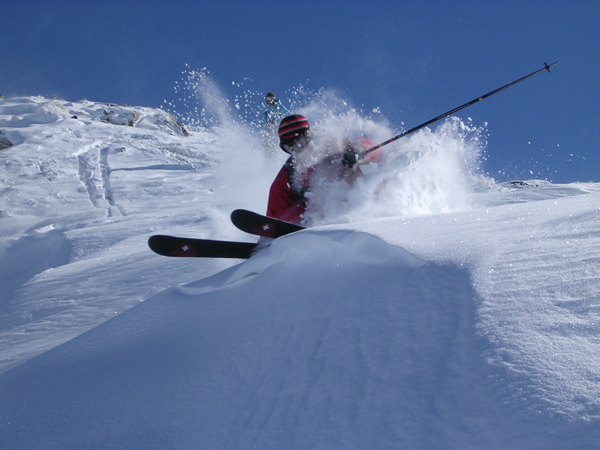 Tiffindell Ski Resort, in the Southern Drakensberg, is South Africa’s only ski and snowboarding resort. Established in 1993, the resort has since become the country’s winter playground. It uses snow making and grooming machines to maintain the ski hill. (Image: Tiffindell Ski Resort) 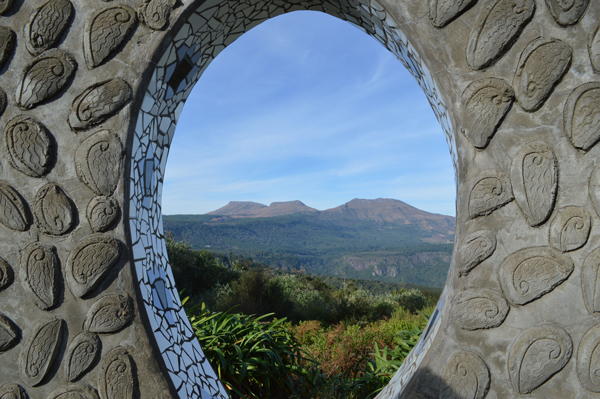 The Eco Shrine in the mystical village of Hogsback is a nod to the power of art, nature, science and the sacred. In the distance are the three ridges from which the Hogsback takes its name. Some speculate that Hogsback’s magical surrounds inspired JRR Tolkien’s Lord of the Rings trilogy. Residents have run with the claim, with names like Camelot, Hobbiton, Rivendell, The Shire, Lothlorien and Middle Earth seen everywhere. When you visit, don’t forget to hike to the Madonna and Child waterfall. (Image: Flickr, South African Tourism) 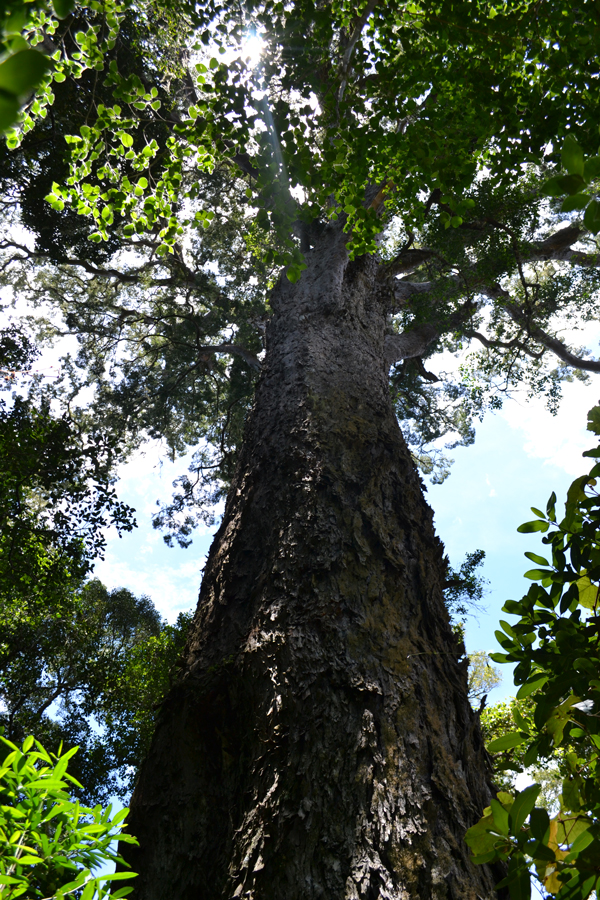 The Big Tree in Tsitsikamma is estimated to be between 600 and 800 years old, stands 36.6 metres tall and has a trunk circumference of nine metres. 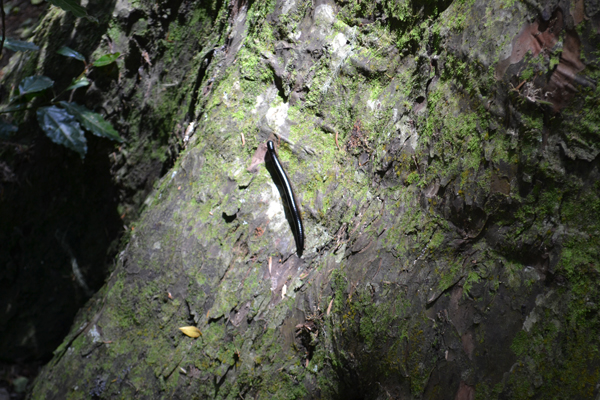 Found in the town of Storms River, the Big Tree is a yellowwood. This species, South Africa’s national tree, is endangered. Before yellowwoods were cut and logged almost to extinction, they dominated country’s landscape, particularly in the Eastern Cape and Western Cape. Today, there is just 10% of the yellowwood trees of 350 years ago. 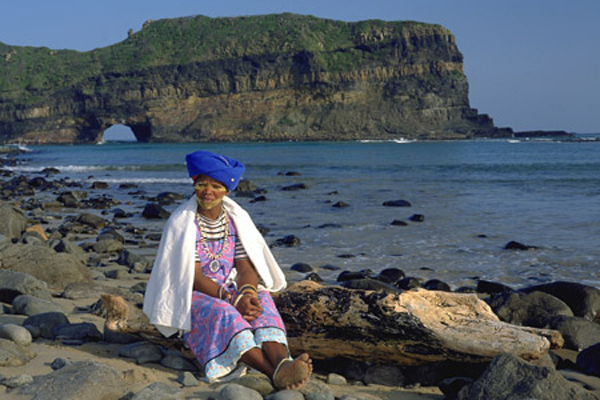 Hole in the Wall is a village south of Coffee Bay on the Wild Coast. In isiXhosa, the area is called esiKhaleni, which means ‘the place of sound’. Some say the name comes from the cracking sound made by waves slapping the rocks while others believe it comes from a legend about a young maiden who fell in love with one of the mythical ‘sea people’. (Image: Flickr, South African Tourism) 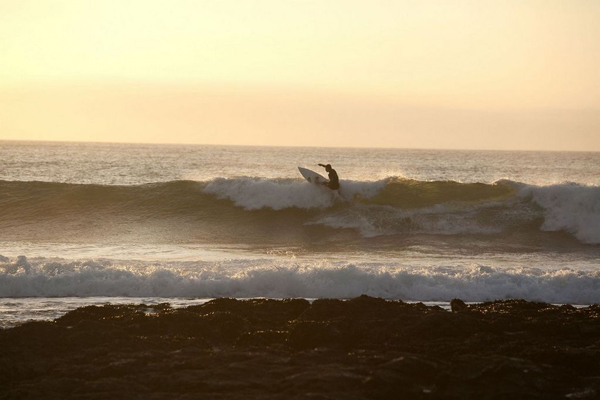 Jeffrey’s Bay is South Africa’s number one surf spot, known as Supertubes. It attracts some of the best surfers in the world for the Billabong Surf Pro Championship, in July each year. (Image: Flickr, South African Tourism) 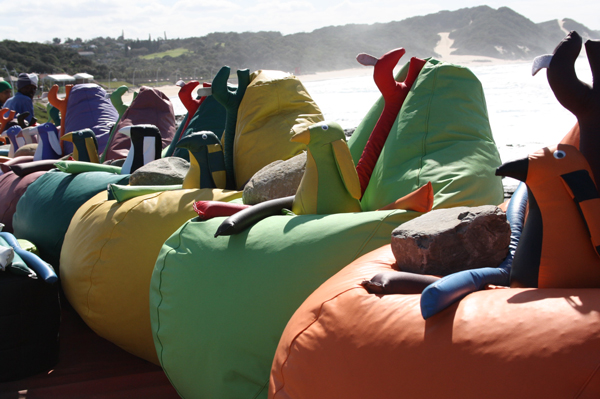 The beachfront in East London is a great place for tourists to pick up arts and crafts. 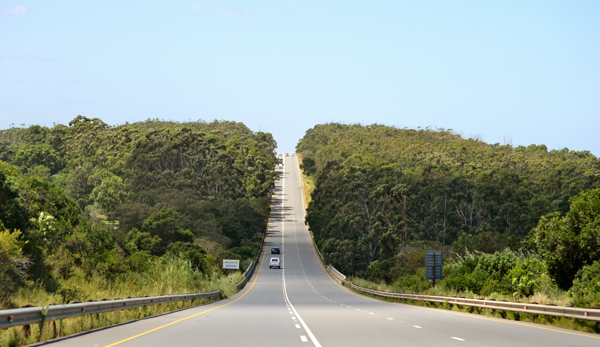 The N2 road runs along the Eastern Cape coast, linking Cape Town and Durban and beyond. It forms part of the Garden Route. The road cuts through some of the country’s diverse flora and fauna as well as picturesque Eastern Cape towns such as Port Alfred and Kenton-on-Sea. 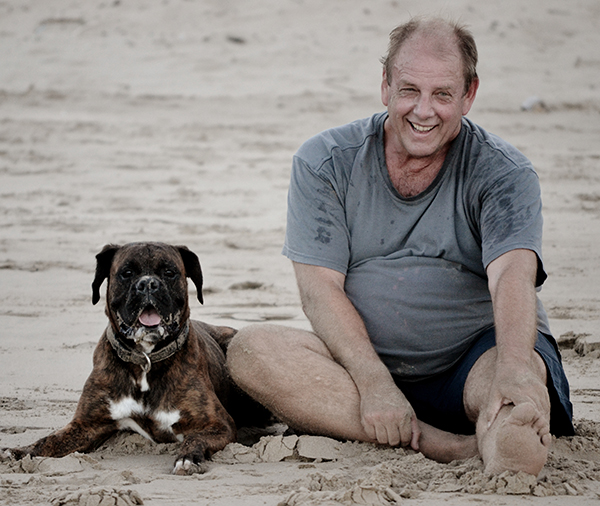 A man and his dog, a common sight at Nahoon Beach, East London. 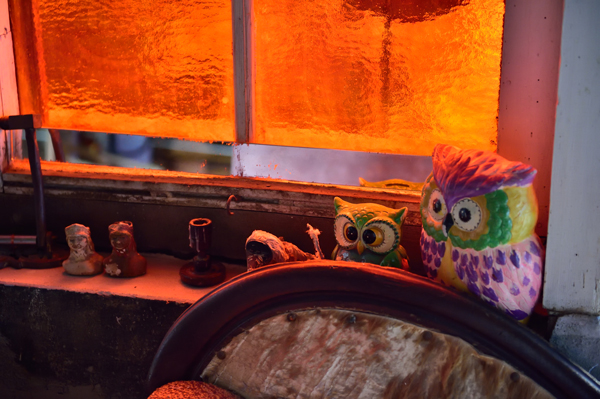 In Nieu Bethesda, The Owl House is a testament to the power of imagination. With its numerous sculptures of owls, bottle-skirted hostesses, mermaids, camels and pilgrims, The Owl House has become almost a required stop for visitors to the Karoo village. Depending on your outlook, the place is either weird or wonderful. (Image: Flickr, South African Tourism) 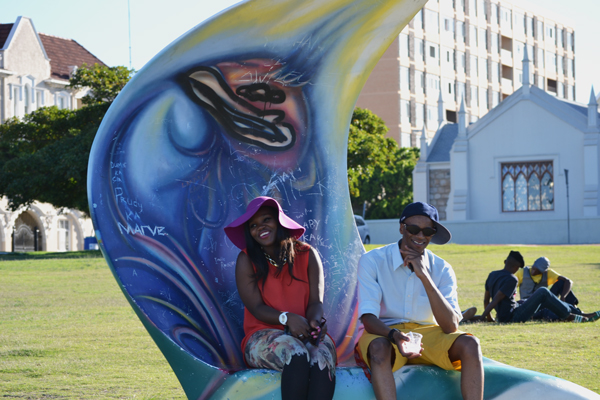 Donkin Reserve in Port Elizabeth’s city centre was declared a public space in perpetuity by Sir Rufane Donkin. It has a lighthouse and stone pyramid monument upon which an inscription was placed by Donkin in honour of his late wife, Elizabeth, after whom the city was named. 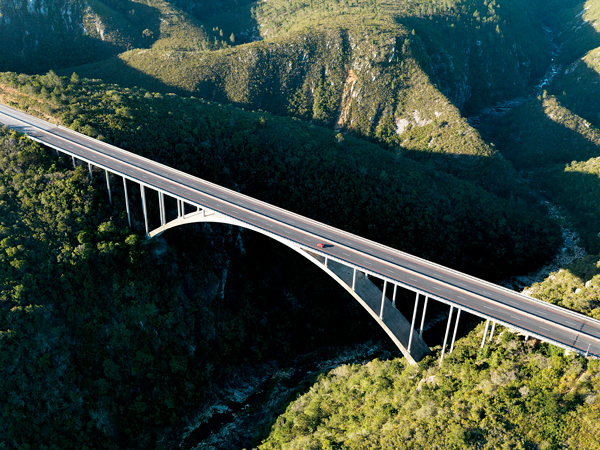 The Paul Sauer Bridge, better known as Storms River Bridge, has become symbolic for travellers along the Garden Route. It was the highest concrete arch in Africa at 120 metres above the river until the Bloukrans Bridge was built in 1984. The latter stands at 216 metres above the river. Both bridges are on the N2. (Image: Flickr, South African Tourism) 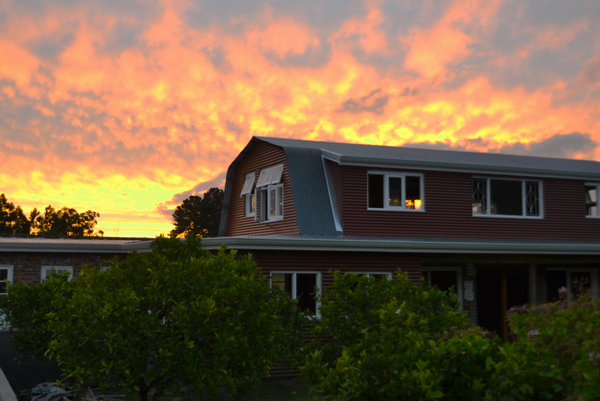 In times long past, the home of elephants and, more recently, woodcutters, the village of Storms River attracts the curious tourist with its charm and special ambiance. With little lighting, silence and few people, it is perfect for anyone in search of a bit of solitude. 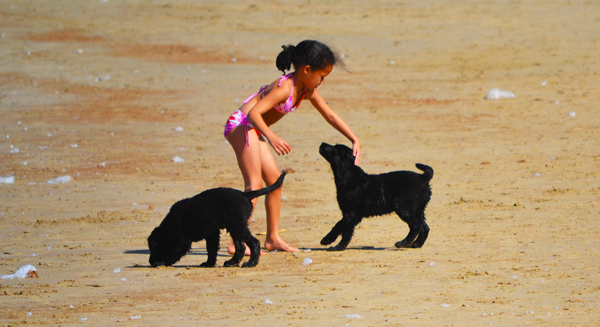 Whatever your taste, you can find pristine beaches void of people or touristy resorts along the long Eastern Cape coast. 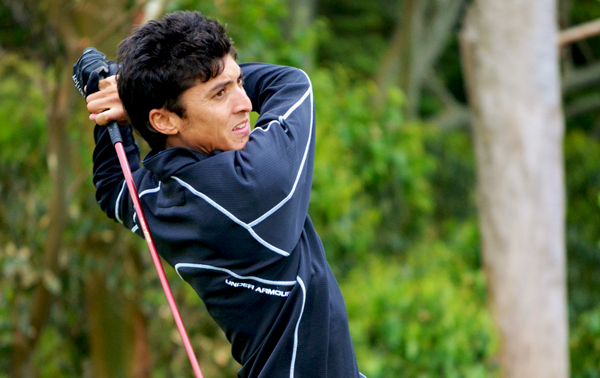 The East London Golf Club, one of the oldest and best courses in the country, has hosted the South African Championships six times and the Africa Open Golf Challenge. Overlooking Nahoon Beach and Nature Reserve, it is considered a must-play course by golfers. 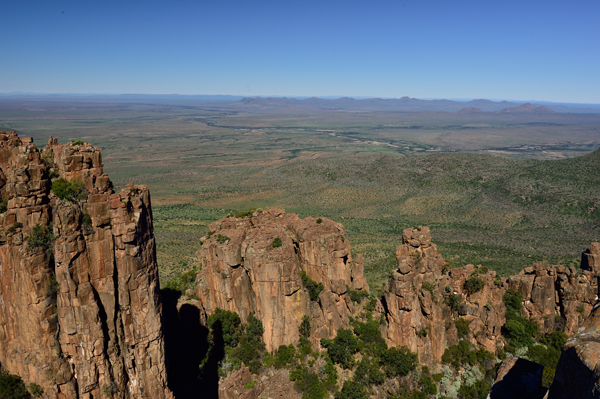 The dolerite columns of the Valley of Desolation, just 14 kilometres from Graaff-Reinet, rise 120 metres from the valley floor. The nearby Camdeboo National Park, seen in the background, is known for its biodiversity, with more than 220 species of birdlife, 336 plants and 43 mammals. (Image: South African Tourism)