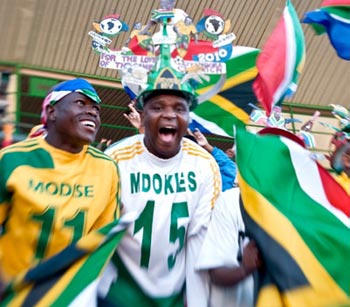 Thousands of South African flags will be handed out to travellers and holidaymakers over the Easter weekend as part of “Fly the Flag for Football“, a national campaign to build public support and excitement leading up to the 2009 Fifa Confederations Cup and 2010 World Cup.

The 2010 National Communication Partnership, a partnership of organisations involved in communicating about the soccer showpieces being hosted by South Africa, aims to distribute over 47-million South African flags through various campaigns by the time the World Cup kicks off in June 2010.

“Our national Flag is a powerful symbol of unity and pride, and we would like to play our part by encouraging South Africans to proudly fly the flag as the eyes of the world are upon us,” Margaret Dingalo of the International Marketing Council of South Africa said in a statement on Monday.

“The 2009 Fifa Confederations Cup is starting in less than 100 days, and excitement is building,” Dingalo said. “We need to help drive enthusiasm and patriotism, garnering support among South Africans for Bafana Bafana and the event as a whole.”

Dingalo said the Easter long weekend had been chosen to launch the campaign as it was traditionally one of the busiest holiday periods in South Africa, with thousands of people travelling across the country.

Colourful face-painted figures wearing South African flag t-shirts and makarapas, the football fan hat that is unique to South Africa, will be handing out free flags at tollgates, garages and airports across the country.

State-of-the-art digital “shoot-outs” will take place at a number of airports and garages along busy holiday routes, where members of the public will have a chance to win prizes by taking shots at a virtual goal.

Zakumi, the 2010 Fifa World Cup mascot, will also be spotted around the country interacting with people and encouraging support.

For South African football great Mark Fish, the campaign’s official spokesman, the Confederations Cup and World Cup are about more than football, representing “the opportunity of a lifetime, for South Africa and Africa as a whole.

“Let us raise our flags in unity, joining together to make the 2009 Fifa Confederations Cup and 2010 Fifa World Cup joyful, unforgettable events,” Fish said. “Fly your flag and show the world the warmth and spirit of South Africa.”

The Fly the Flag for Football! campaign will include an interactive mobile website, where members of the public can find more information and enter competitions. 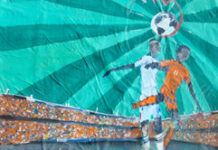 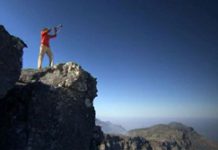 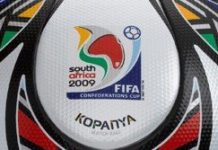 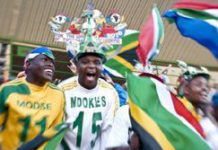 Fly the Flag for Football!