It has been a storied year for the country, and for Brand South Africa. It started with a new chair at the African Union and passed many milestones along the way: from the deaths of musicians to the growth of women in an entrepreneurial world, among others, all underscored by the celebration of the centenary of the birth of OR Tambo.

As always, it has been an interesting year in South Africa, one of uplift and some hardship. It has been a year of new beginnings and renewals, as well as endings. It’s been a year in which we have celebrated female entrepreneurs, children have embraced the digital world and we have all rejoiced as South African films and actors have made an impression internationally.

We look back at the some of the stories that shaped 2017.

The year began with change, with Chadian Foreign Minister Moussa Faki Mahamat replacing South Africa’s Nkosazana Dlamini-Zuma as the chairperson of the African Union. We also took time out to introduce South Africa to The Skyscrapers, a Cape Town trio of pre-teen musicians taking South Africa by storm with their catchy pop music.

In February, we celebrated female entrepreneurs changing the face of their sectors. Mosibudi Makgato and Rosemary Padi’s YaMama Ginger Beer is winning fans looking for a truly African take on an old favourite.

March was a month of news good and sad for South Africa. We crowned a new Miss SA, who went on to win the Miss Universe crown in November. Route 62, the drive from Cape Town to Oudtshoorn, was also named the best and most scenic roadtrip in the world by CNN Travel.

It was also the month in which we said goodbye to two people who changed the world in their own inherent way. Early in the month, celebrated actor Joe Mafela was killed in a road accident, and the month ended with the death of former Rivonia trialist and anti-apartheid struggle veteran Ahmed Kathrada.

Freedom Day came in April, a time to reflect on how far we had come as a nation and to celebrate those who helped its birth. We celebrated the lesser known heroes of our liberation, as well as pioneering medical researcher, Dr Glenda Gray, showing the world our good story.

The more things change the more they stay the same. In May, we visited two education initiatives that celebrate old and new South Africa. In Umlazi, eThekwini, NPO Codemakers began a project to help learners understand computer programme coding. May is also Africa Month, and we celebrated the first batch of North West University indigenous knowledge systems graduates. The dancers went on to win international acclaim later in the year, but in May we attended the ATKV Riel Dance Competition.

In June, we met some of the  most inspiring people in the country. From a youthful neurosurgeon to an urban farmer and entrepreneur changing his community using the humble vegetable, spinach, as well as a grandmother showing young explorers the beauty of Africa, we discovered them.

However, whatever else was happening in June, the country came to a standstill for the Comrades Marathon.

As did the rest of the world, the following month South Africans celebrated the legacy of Nelson Mandela by devoting 67 minutes of their day to give back in his name. This year, Brand South Africa joined the men’s national hockey team volunteering at the New Jerusalem Children’s Home in Johannesburg.

We celebrated the success of isiXhosa movie Inxeba, which movingly explores the conflict of traditional rites of manhood, when initiates “go to the mountain”, with awakening pride in gay identity. And we cheered the success of the women-led Social Coding programme, initiatives to teach girls about coding and inspire them to become innovators. In July, Unesco’s World Heritage Committee also took the decision to list ǂKhomani Cultural Landscape as a world heritage site.

In August, Brand South Africa launched its new Play Your Part television series. Broadcast weekly on SABC2, it explores active citizenship in South Africa. Once more women led the way as entrepreneurs and educators. Pretoria honey maker and bee keeper Mokgadi Mabela brought honey to South African homes while delegates at the Top Women Conference made it clear that women needed to lead the digital economy.

Of heroes, in KwaZulu-Natal they used a new global positioning app to bring medical services to townships and a new fictional superhero was born in Lagos. 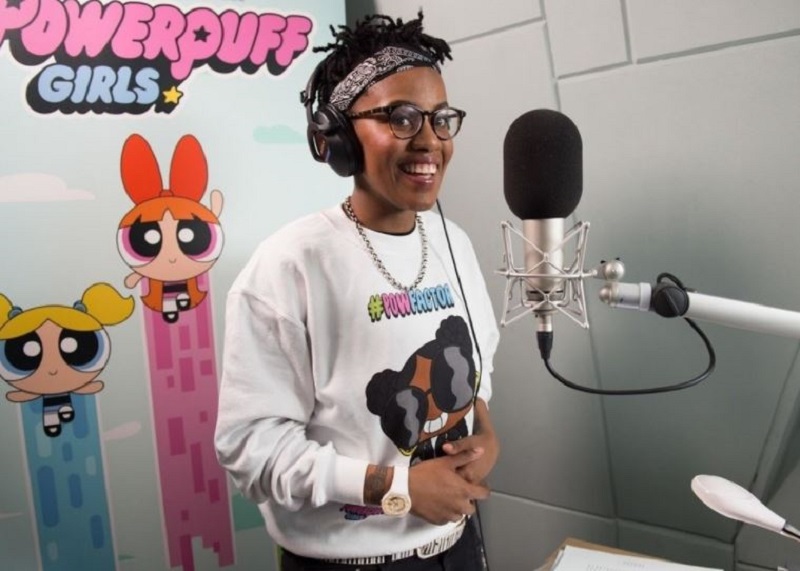 Global South Africans did the country proud through September. Comedian Trevor Noah won an entertainment Emmy for his work on The Daily Show and singer Toya Delazy became the voice of the fourth Powerpuff Girl. Town planner Mthobisi Masinga was invited to present his innovative research on rural land development at the International Society for City and Regional Planners’ Annual Congress in Portland, while chef Nompumelelo Mqwebu’s new cookbook, Through The Eyes of an African Chef, proved successful at the Frankfurt Book Fair.

In this, the centenary of the birth of Oliver Reginald Tambo, South Africa feted the statesman by unveiling a statue in his honour at OR Tambo International Airport. We also remembered the stirring oratory he brought to the liberation struggle.

Brand South Africa was also recognised internationally through its nomination for a 2017 City Nation Place Awards in the Best Expression of Place Identity through Design category. With great stories to tell, such as commemorating Lucky Dube or acknowledging Ponte Tower’s place in architectural history, was it really that much of a surprise?

The agency celebrates the power of South Africans busy changing their world in big and small ways. In November, we lionised Nisha Varghese, an East London woman with cerebal palsy who works to help children born with clubfoot, and chef Chantel Dartnall, the best female chef in the world for 2017 and the only South African listed in the world’s top 100 chefs.

November was also set aside to celebrate entrepreneurs through the South African Premier Business Awards and the Top 20 Small Business and Entrepreneurship Awards.

We saved the most heartwarming story for last: in December, we spoke to Buhle Mthethwa, a 10-year-old girl on a mission to instil a culture of reading in her peers, one book at a time, starting with her own, The Big Fat Naughty Cat.