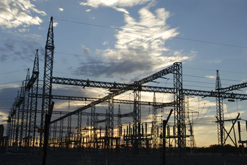 As South Africans brace for a 45% electricity tariff increase, the poor have been thrown a lifeline in the form of a proposed increase in free basic power from Eskom, the country’s electricity utility.

Speaking at a press briefing in Cape Town on 6 October 2009, Eskom chief executive Jacob Maroga said the plan is to up the basic free electricity allocation to poor households throughout South Africa – from 50 kilowatts per month to between 70 and 100 kilowatts by next year.

In 2002 the South African government adopted a policy on free basic electricity, allocating 50 free kilowatts per month to poor households, but over the years indigent South Africans have been appealing for an increase, saying this standard amount is not enough for growing households’ needs.

Reacting to Maroga’s announcement, Nonhlalhla Ntuli from Soweto – South Africa’s largest township, south of Johannesburg – said her community is encouraged by Eskom’s proposal as they feel their grievances are finally being heard.

“We have been asking for an increase to at least 100 kilowatts, because 50 kilowatts is just not enough for the number of people living in each home,” she said.

Ntuli believes the current allocation is not realistic. “It’s only enough for a household of two or three people: 50 kilowatts provides basic lighting, water heating using a kettle, ironing and maybe connection for TV and radio. Most houses here have six or more people, meaning the free electricity lasts a week at most, then you have to buy electricity for the rest of the month with money we simply don’t have.”

Maroga cautioned that there might be another big hike in electricity tariffs when the National Energy Regulator of South Africa (Nersa) decides on Eskom’s tariff restructuring application.

The outcome of this decision will only be politically acceptable if measures are proposed to limit the effect on the poor – a continuing concern of members of parliament’s public enterprises committee. The committee is the shareholder representative for government with oversight responsibility for state-owned enterprises such as Eskom.

The utility came under fire in June 2009 for increasing its electricity tariffs by 31,7%. The Congress of South African Trade Unions (Cosatu) along with other organisations and opposition political parties felt it was an unfair increase which would affect the poor severely.

Eskom applied to Nersa for the increase to help it expand power-generation capacity over the next five years. It plans to spend US$52.2-billion (R385-billion) on building a third power station during this period. The utility provides 95% of the South Africa’s power, and has been battling an electricity shortage due to the countries fast rising demands.

For two years the Soweto Concerned Residents (SRC), an organisation that fights for basic needs in the community, has been appealing to Eskom not to increase the price of electricity as this would make it unaffordable. The SCR has approached government many times, asking it to protect the poor and offer them more free basic electricity.

Thabiso Molefe of the SCR said Eskom’s price hikes are a real concern for his community. “Residents here often go without once the free electricity runs out, the continued price hikes have made it even more difficult for poor people to be able to top up their electricity. Increasing the [allocation of] free basic electricity is a huge need for us,” he said.

Residents of Alexandra, one of South Africa’s most densely populated townships situated east of Johannesburg, are reassured by Eskom’s announcement. They say they believe this move by Eskom is only the beginning.

“We believe our new government is a listening government not a dictator, they are sympathetic and really concerned about the problems of the poor in this country,” said Mangwane Raapoo.

“This is only the beginning. I believe we will see more relief for the poor. Eskom has been so stubborn all along but now they are listening because there is a new man in power [President Jacob Zuma] who understands what it’s like to be poor,” she added.