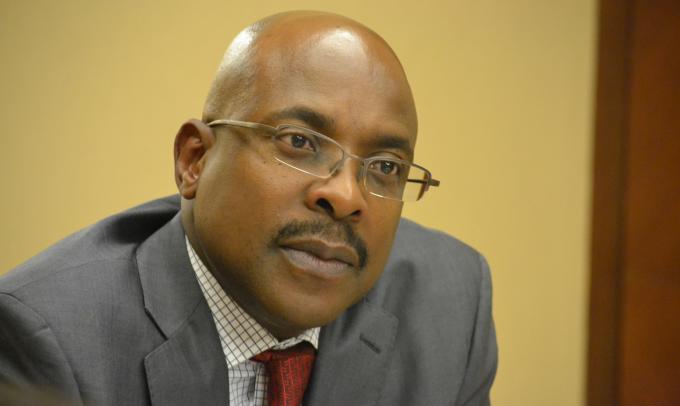 Brand South Africa chief executive, Miller Matola, says South Africa’s we must hold onto the qualities of nationhood that allow us to express our democratic freedoms. (Image: Shamin Chibba)

The year 2014 has been a triumphant and equally turbulent year for South Africa.

We entered the year mourning the loss of our beloved President Nelson Mandela.  We have just commemorated one year since his passing. We thought our tears would never dry when we heard the news on 5 December 2013 and a year later we can celebrate his life and legacy – not just in South Africa but in all countries that have been touched by his humanity, sense of forgiveness and ability to let the past give way to a new present.

Our nation witnessed another triumph of our democracy – the country’s fifth national democratic elections.  A cornerstone of democracy is the freedom of choice and speech.  The 2014 elections brought both these freedoms to life.

Ironically, we have seen these same freedoms bring turbulence to our parliamentary processes.

We have seen our politicians and custodians of the will of the people, work hard to ensure that South Africans enjoy a better life.

We can be proud that this desire to contribute to a better Africa in a better world has extended beyond our borders with President Zuma deploying mediation teams to Lesotho and the Middle East. Representatives of our country have also been part of election observer teams to, amongst others, Botswana, Mozambique and Namibia.

Indeed, our commitment to a country, and world, characterised by democratic freedoms  is a multifaceted construct – one that comes with the weight of responsibilities.

It is clear that our democracy is firmly entrenched in our country.  There is a common understanding of what democracy means and what rights are bestowed on individuals as a result of this democracy.

What must now be asked is how we express these democratic freedoms?  What is our individual and collective responsibility to ensure the responsible exercise of these freedoms?

South Africa has often been cited as a praiseworthy example of the resilience of the human spirit and the power to rebuild a nation fragmented by a torturous history.  We should not lose such remarkable qualities of our nationhood as we seek to express our democratic freedoms.

South Africa, even after 20 years of democracy, remains a country in transition.  We are in the midst of something referred to as a living democracy – which is simply one that is being forged in relation to new realities.

In the New Year, I urge each of my fellow countrymen and women to play our part, to ensure that our hard won democracy is not eroded in our quest to exercise our democratic freedoms irrespective of the cost and consequences.

Miller Matola is the chief exectuive of Brand South Africa.