South African writer-director Neill Blomkamp blasted on to the scene in 2009 with his sci-fi apartheid parable, District 9. The dystopian movie set in a garnered four Oscar nominations – including Best Picture – and took in more than $200-million. His latest film, Elysium, is currently topping box offices around the world. Starring Matt Damon and Jodie Foster, as well as South African actor Sharlto Copley, as the villain in chief. 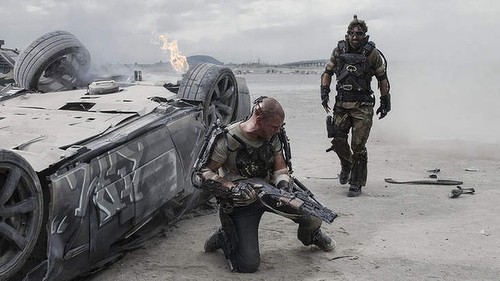 Now it’s been announced that Sony Pictures Entertainment and MRC have agreed to co-produce and co-finance Blomkamp’s next film, Chappie. According to Movieweb.com, Chappie tells the story of a robot with artificial intelligence that is stolen by two gangsters who want to use him for their own nefarious purposes.

The film will star Copley as the voice of Chappie, with Ninja and Yolandi Visser, voices of the South African Zef counter-culture movement and members of rap-rave duo Die Antwoord, as the two gangsters. Blomkamp will direct the film from a script he co-wrote with Terri Tatchell.

Don’t know about you, but I can hardly wait.