President Jacob Zuma, accompanied by several Cabinet ministers, took time out on Tuesday to visit the people of Eldorado Park and surrounding Kliptown, south of Johannesburg, where drugs, high levels of crime and violence have resulted in residents living in fear.

President Zuma’s visit was prompted by a letter by Eldorado Park resident Dereleen James, in which she documents her struggle to get her 17-year-old son off crystal meth, the drug known locally as “tik”.

James’s son, who is now in rehab, will be taken to a place of safety when he comes out to prevent him relapsing.

Community’s letter from the heart

His mother’s letter has since gone viral, with community members adding their own stories to it, detailing how a wave of drugs has taken over their lives, with many having lost their children to it.

“The term ‘future generation’ is non-existent, meaningless to us,” the letter reads. “Sending our children to school is like sending them to the lion’s den. Drug peddlers parade and sell daily to our kids … Our children in turn sell for them to get a free ‘gage’ or two. Our community is flooded with ‘Lolli lounges’.”

The community pleaded with Zuma to set up a special court for drug-related crimes, to help build a rehab centre, to dismiss all corrupt police officers, to have compulsory drug testing at schools, and to develop recreation centres to keep youngsters busy.

Amid a heavy police presence, Zuma first held a meeting with the families who wrote the letter, then proceeded to meet with the community.

“Mr President, we need your help,” said an emotional James, appealing for action to be taken.

Local community leader and pastor Xavier Hendricks said he was afraid that if action were not taken fast, people would take matters into their own hands.

Officials from a local drug rehabilitation centre told Zuma that a lack of funding complicated the challenge of saving the drug-ridden community.

Recovering drug addict, 20-year-old Kelly-Anne, shared her life story about how she used to prostitute herself for a fix, her time in jail for possession of drugs, her struggle as a teenage mother and dropping out of school. She pleaded with the young girls in the crowd not to go down the same route she did.

Many children, according to the community, are addicted to nyaope, dagga, cat, tik and alcohol, which are easily available even at schools.

A “hit” of nyaope – a mixture of heroine, dagga, battery acid, rat poison, ARVs and other dangerous ingredients – costs about R30. As a result, crime has spiralled as desperate youngsters will do anything to feed their habit.

A community member, who only introduced herself as Fatima, told SAnews that it would be a long road before the community won the war against drugs, as police operations only saw individuals getting arrested, and did not get the drugs off the streets.

“We know these drug dens but it is difficult to stop them because they are working with the police. It is well known that the syndicates pay the police officers a ‘protection fee’, and that is why they never get arrested,” she alleged.

Another visibly frustrated resident said the addicts went to extremes to finance their habit, from stealing metal sheets, taps, copper, electric cables and aluminium, which they exchanged for cash at scrapyards.

“They can steal anything – from household items, clothes, food and tormenting their parents and grandparents in the process.”

Most of the community members refused to be on record, saying the dealers had ears all over.

‘I will drive the programme myself’

Zuma told the residents, some of whom were carrying posters expressing their anger against drug lords, that when he read the letter, he was overcome with shock.

“Having listened to your pleas, we understand the situation and we now have to decide what to do with it.”

Zuma said the situation called for drastic measures to be taken swiftly. He committed to lead the turnaround strategy for the community himself.

He told the crowd that over the next few days, the government would meet with community members to decide on the actions they needed to take.

“We won’t make promises and not act. We will act. I will drive the programme myself,” he said, adding that time-frames for the turnaround strategy would be announced soon.

He vowed to close down the Lolli lounges, which he referred to as “rotten houses” that were destroying children’s innocence. He said they would work with young people in the community and support initiatives to create employment in the area.

“We will work together to stop this rot … Government won’t be acting alone. We will act with the community to save this community.” 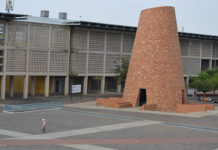