Deputy President Cyril Ramaphosa has arrived in Davos, Switzerland, to lead the South African delegation at the World Economic Forum 2018. 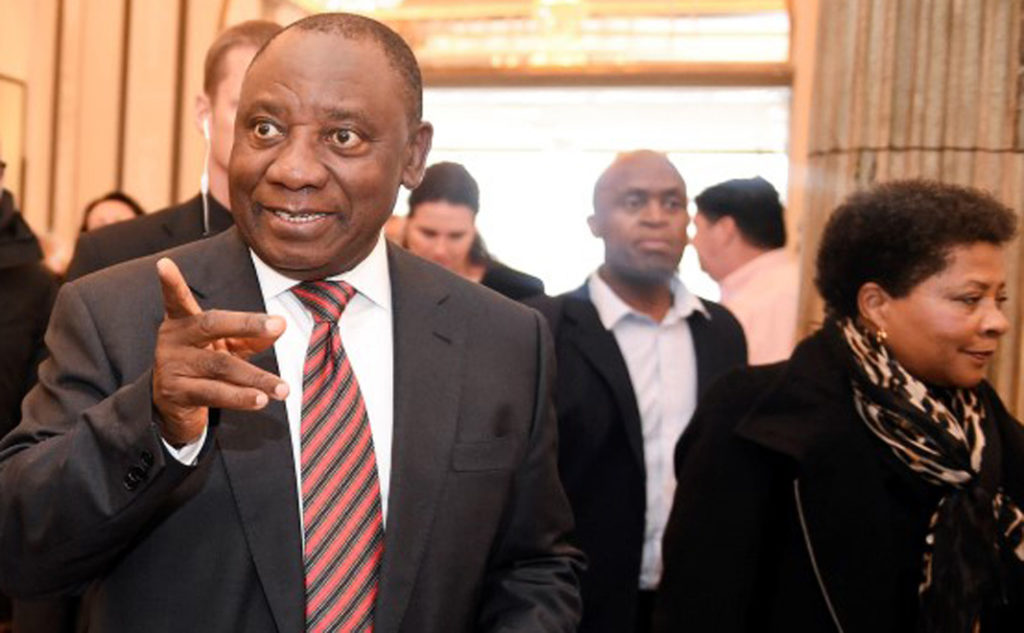 This year’s event is held under the theme, “Creating a Shared Future in a Fractured World”.

Deputy President Ramaphosa will join various discussion platforms in Davos with an aim to develop a response to new strategies towards transforming governance in various parts of the world.

South Africa last week announced a number of measures to strengthen governance and management of its state-owned enterprises. This is part of an ongoing broader effort to restore confidence in the economy. The South African government will continue to act decisively to address challenges at its key state-owned enterprises to restore public and investor confidence and to ensure that they fulfil their economic and developmental mandates.

The WEF Davos forum presents South Africa with a platform to showcase its attractiveness as an investment destination and trade partner; set out plans that are unfolding to secure improved and inclusive economic growth; and contribute to efforts to respond to societal challenges globally.

Team South Africa under the leadership of Deputy President Ramaphosa will utilise the opportunity presented by WEF to communicate that South Africa remains open for business and to highlight the work that the government, working together with business and labour, is doing to ensure an improved economic outlook and nurturing for a higher economic growth trajectory.

The delegation will also re-emphasise that South Africa has a stable and predictable macroeconomic framework which continues to underpin economic policy, ensuring that the country remains attractive for investment.

The team will also be placing emphasis on its plans to transforms the economy to ensure that its citizens enter new jobs and benefit from the new investments attracted in partnership with business and organised labour.

Fourteen actions to boost investor confidence were developed in 2017 with specific deadlines with deliverables including to ensure continuity of fiscal consolidation trajectory and the funding and broader reforms in the areas of governance and private sector participation in SOEs as well as finalising outstanding legislation and policy positions to enhance investor confidence.

The South African delegation includes a broad range of leadership from various sectors of the economy and society, with Minister of Finance, Malusi Gigaba as the lead minister and coordinator.

Deputy President Ramaphosa will be supported by the Minister in The Presidency for Planning, Monitoring & Evaluation, Jeff Radebe; Minister of Economic Development, Ebrahim Patel; Minister of Trade and Industry, Rob Davies; Minister of Public Works, Nkosinathi Nhleko and Minister of International Relations and Cooperation, Maite Nkoana-Mashabane.