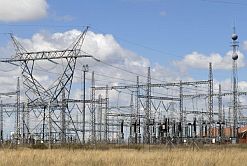 Zambia, Tanzania and Kenya are planning to build a new 400 megawatt power line to boost trade in electricity between them, and ensure security of supply across the continent.

Officials from the three countries are currently securing funding for the project, which is due to start in 2011.

Teddy Kasonso of the Zambian energy ministry confirmed that Zambia’s counterparts in Kenya and Tanzania have been authorised to sign the agreement and letters of introduction to formally present the project to potential lenders and donors.

The power line will run from a sub-station in central Zambia, through Kasama in the northern part of the country, to Mbeya and then Arusha in Tanzania en route to Nairobi.

Kasonso said technical, economic, and financial studies have been completed and each of the countries would be equal partners in the project.

The project management unit, incorporating staff drawn from all three countries, will be established in Lusaka later this year.

Over the last few years many African countries – such as South Africa, Zambia, Uganda and Ghana – have experienced sweeping power blackouts, also known as “load shedding”.

A combination of factors – including rapid economic and population growth, conflict, poor planning and drought – have been blamed for the shortages.

In the past South Africa, with its large stocks of coal, enjoyed cheap and reliable electricity supply, and was able to export power to its neighbours, like Zimbabwe and Mozambique. But this has changed over the last three years.

Government’s decision in 2001 to prevent the country’s electricity utility, Eskom, from building any new power stations meant that Eskom had to run its existing plant too hard, so the rate of breakdowns rose.

This was compounded by a difficult relationship between the utility and the state, and leadership problems within Eskom. By the end of 2007 the country was experiencing a crippling shortage of power and by early 2008 widespread blackouts plunged the country into chaos.

In January 2008 Eskom temporarily suspended its power supply to Mozambique and Zimbabwe to address the acute domestic shortages.

Eskom and government have responded to the crisis by announcing a massive programme to expand power-generation capacity.

These plans include spending a projected R343-billion (US$46-billion) over the next five years to fund new power stations, with the first one to start operating in 2013. Eskom has also started work on two new coal-fired power stations to meet rising demand.

Zambia, by contrast, still has poor power-supply infrastructure. Only 17% of urban households have access to electricity, while in the rural areas it’s as little as 3%. Kasonso believes the new venture with Kenya and Tanzania will help provide more power for the people of Zambia.

In Uganda and parts of West Africa recent droughts have depleted rivers, meaning less of a force of flowing water to generate hydroelectricity in those countries’ dams. This has led to further shortages and power outages.

Ghana has resorted to using massive gas generators to produce emergency power following widespread load shedding, which has had a serious impact on the economy.

The new project is expected to help avert the crisis by also encouraging investment in new hydropower schemes in Zambia. This will generate surplus power that could be exported to other African countries, like Ghana and Uganda.