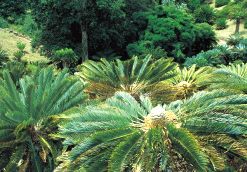 South Africa’s rare and sought-after cycads are to be protected by a new DNA barcoding initiative that will help clamp down on illicit trade in the endangered plants.

Botany masters student Philip Rousseau, under the guidance of Professor Michelle van der Bank of the Department of Botany and Plant Biotechnology at the University of Johannesburg (UJ), initiated the project in January 2010. His aim is to preserve the ancient plants, which are often sold illegally to eager collectors in the US and Far East.

The database will focus specifically on plants from the Encephalartos genus, as these are native to Africa, with 39 species occurring in South Africa alone. The country also is home to one species from the genus Stangeria, S. eriopus.

The name Encephalartos comes from the Greek words en (within), kephali (head), and artos (bread). This refers to the traditional use of the pith of the stem as a starchy food, a practice reflected in the Afrikaans name broodboom (“bread tree”).

“This project forms part of a global initiative, known as TreeBOL, to DNA barcode all the trees of the world within the next five years,” said Van der Bank. “UJ will generate a library of reference barcoding sequences for all cycad species, which will enable researchers and custom officials to identify specimens.”

UJ is driving the African section of TreeBOL.

According to the regulations South Africans need a permit to own a cycad, with one permit issued for every plant. Although the country’s laws are among the tightest in the world where cycads are concerned, officials have a difficult time with smugglers transporting valuable plants under the name of a less endangered species.

Now modern technology is set to stop thieves in their tracks. The barcode library will deter illegal trade in cycads by preventing unscrupulous dealers and buyers from presenting rare plants as more common species. As visual identification is almost impossible once the leaves have been stripped for transport purposes, DNA will provide conservation officials with a foolproof way of identifying seized cycads.

Plants are regularly stolen from protected areas and botanical gardens or simply dug out of their natural areas. In one such case, in January 2008, 103 extremely rare specimens with a value of US$1.3-million (R10-million), were plucked from the Lillie floral reserve in Limpopo province.

Ruthless buyers, who are willing to pay $13 500 (R100 000) or more for cycads, ignore the fact that the plants take up to 800 years to grow tall stems, and that they are endangered in their native habitats because of excessive demand.

Encephalartos cerinus, for example, was only described in 1989, but subsequent demand and poaching of the plant led to it tottering on the brink of extinction mere months after its discovery. Other species may have been wiped out before they were even discovered.

Several cycad species are now extinct in the wild, while the numbers of others have dwindled alarmingly. In South Africa three of the 38 indigenous species are extinct in the wild – they are Encephalartos woodii, E. brevifoliolatus and E. nubimontanus. The cycad specialist group of the International Union for the Conservation of Nature (IUCN) has classified 12 more as critically endangered, and a further 13 as threatened.

According to Dr John Donaldson of the IUCN cycad specialist group, South Africa has a disproportionately high number of critically endangered cycads. “We certainly are on the cusp of extinctions. We have a lot of rare plants that are down to less than 100 individuals in the wild,” he said.

In recent years botanists have implanted microchips, which can only be read with a scanner, into rare cycads. This enables authorities to identify stolen plants and trace their rightful owners. The technology has proved effective on a number of occasions, although some canny thieves try to extract and get rid of the transponders. The DNA technology will overcome this hurdle.

Plants of myth and legend

The palm-like cycads are the oldest seed plants on earth, with fossils dating back to the Early Permian period, about 280-million years ago. This puts the leafy specimens on the scene even before the Jurassic period when dinosaurs flourished.

Just over 300 species have been described to date, falling into 10–12 genera and two or three families (the number of genera and families varies according to the taxonomic viewpoint).

Cycads are found in the tropical and subtropical regions of Africa, America and Australasia. They have given rise to many myths and intriguing stories, and whole cultures have developed around them.

One of the most famous is that of Ga-Modjadji, a rural community of over 150 villages near Tzaneen in Limpopo province, ruled by the Rain Queen Modjadji of the Lobedu people.

The Modjadji dynasty is some 400 years old, but since the sixth Rain Queen, Makobo, died in 2005 at the age of 27, no heir has been chosen. The Rain Queen is always succeeded by her eldest daughter and Makobo did give birth to a daughter, now almost four years old, but as her father was a commoner it is said to be unlikely that the Royal Council will accept her as the next queen.

The Rain Queen is believed to have special powers, including the ability to control clouds and rain. Farmers in the area are particularly respectful of her abilities. The annual rainmaking ceremony takes place at the royal compound in Khetlhakone village in November each year, at the start of the rainy season.

The Modjadji cycad forest is a well-known tourist attraction which has been tended by the Balobedu for centuries. Here the Modjadji cycad, Encephalartos transvenosus, grows in abundance. The then-reigning queen passed stewardship of the 305ha forest to the South African government, who subsequently proclaimed it as a protected area in 1979. 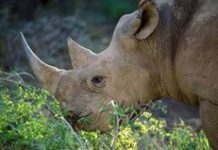 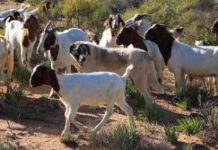