The police will step up their fight against alcohol and drug abuse, as these are key factors underlying violent crime in South Africa, Police Minister Nathi Mthethwa said after the release of the country’s national crime statistics in Pretoria on Thursday.

He said that while the police were doing their utmost to arrest drug lords and destroy drug factories, more needed to be done to tackle substance abuse, as this – combined with poverty and unemployment – was frustrating efforts to reduce levels of serious crime in South Africa.

He said the police would step up their efforts to clamp down on liquor outlets that operated without licences and sold alcohol to under-age youngsters.

Speaking to SAnews, Mthethwa said that unemployment and lack of recreational and sports facilities contributed to substance abuse, adding that he was concerned at the fact that the users of drugs were becoming younger.

He said strong partnerships were needed to beat drug abuse, with government departments and the community having a role to play in steering people away from drugs and rehabilitating drug addicts.

Despite crimes like murder going up in the past year, Mthethwa said a reduction in other categories – including sexual assault – was encouraging.

Gareth Newham, the head of the governance, crime and justice division at the Institute for Security Studies (ISS), said he was disappointed at the increase in crimes like murder, residential burglary and car hijackings.

“The positives are that the overall crime categories are going down and that there has been reduction in thefts and shop lifting and assault. I think we are a bit concerned with the increase in murder and attempted murder and assault [with intent to do grievous bodily harm].”

Newham also called on the police to release crime statistics on a monthly basis in order to the public, businesses and other organisations to identify crime trends and so to enhance awareness and safety. 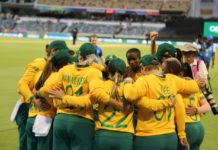