South Africa has signed the host country agreement for the 17th Conference of the Parties to the Convention on International Trade in Endangered Species of Wild Fauna and Flora (CITES). The conference will be held in South Africa from 24 September to 5 October 2016.

Environmental Affairs Minister Edna Molewa signed the agreement on 3 March with the secretary-general of CITES John Scanlon on the margins of an international conference on wildlife crime in The Hague, in the Netherlands. South Africa was one of the first signatories to CITES in 1975 and continues to play an active role in the enforcement of the Convention.

The minister welcomes the world to South Africa for CITES CoP17:

The signing coincided with the release of the official CITES CoP17 logo.

The logo is an iconic image of the African white rhinoceros, according to the Department of Environmental Affairs. The rhino’s body comprises the outlines of a number of species of endangered plants and animals from the African continent, such as the pangolin, cycad, African aloe and African lion.

The selection of the rhino as the dominant image reinforces South Africa’s status as home to the largest rhino populations in the world, it says. South Africa’s sterling rhino conservation track record has resulted in significant growth in rhino numbers: from approximately 50 in 1895 to approximately 18 000 today.

“The choice of a rhino as the dominant image in the logo for CoP17 is also to draw attention to the challenges South Africa and other African range states face as a result of poaching,” said the minister.

Scanlon described South Africa as a highly appropriate location for the conference, given the frontline wildlife challenges and opportunities being tackled on the continent.

“Africa is home to a vast array of CITES-listed species and South Africa is globally recognised for ‘the Big Five’. CITES Parties and observers look forward to convening in South Africa for the World Wildlife Conference,” said Scanlon.

At the conference, parties will collectively evaluate the progress made since 2013, and take decisions on what additional measures are needed to end illicit wildlife trafficking.

They will also consider a number of proposals to bring additional species under CITES trade controls, as well as tackle issues concerning livelihoods and the review of significant trade, traceability, and the effectiveness of CITES implementation, among other things.

The illicit trade in wildlife and rhino poaching will feature on the agenda of CoP17. The CITES CoP17 creates an avenue to communicate and raise awareness of the importance of species and wildlife conservation and the need to address the illegal trade in species, all the while supporting legal trade underpinned by sound sustainable utilization principles, says the department.

The “magnificent logo is furthermore testament to the rich tapestry of biodiversity for which our country is known globally”, Molewa added.

Isn’t this logo just too beautiful? As we look forward to the big days in Sept, the month of the Rhino. pic.twitter.com/huIC8zCYtH

“The [CITES] CoP17 logo released today reminds all of us of the interconnectivity between different species, and of the fragile, complex relationships between humankind and our stewardship of our natural resources. South Africa looks forward to hosting this important gathering, where we will chart the course for a new era in species conservation,” Molewa said. 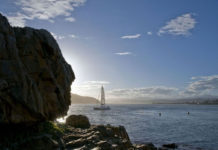 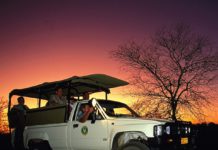 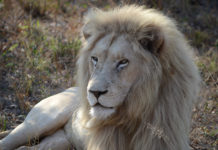 Children roar to save white lions 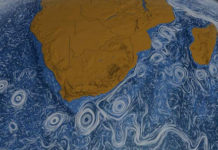 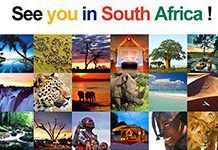 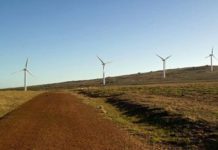