South African President Jacob Zuma took on five-year-old Keagan Rowe in a friendly game at the 2013 Commonwealth and South African Open Chess Championship in Port Elizabeth in the Eastern Cape on Sunday.

Zuma, who is a patron of Moves for Life and an advocate of the importance of chess in education, gave an address at the championships on Sunday, saying that chess had given solace to him and to many other former political prisoners on Robben Island, where he first learned to play the game.

“It propelled our minds beyond the confines of the prison walls and allowed us to reflect and to position our thoughts strategically to fight the regime,” he said. “Many comrades made chess sets out of soap and driftwood that allowed us to continue to play this noble and great game.”

Zuma said that he and the Department of Basic Education were keen to encourage chess as a serious sport in South African schools.

“While with young children we are largely concerned about good development of sensory-motor skills … we must stimulate the intellectual faculties as well, while they are still young,” Zuma said, adding that chess inculcated “patience, quick wit, decisiveness and confidence” while serving as a “healthy diversion from often toxic television programmes”.

Zuma noted that Chess South Africa was gearing up to host the World Youth championships in Durban in September 2014, adding that Port Elizabeth schoolgirl Charlize van Zyl stood out as an inspiration for the country’s young chess players.

Van Zyl, 13, became the youngest South African to win a World Chess Federation title in May when she won the women’s division title of the federation’s 2013 Zone 4.3 Individual Championships in Botswana.

Zuma’s one-off game against Keagan Rowe ended in a stalemate. 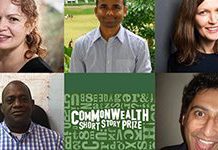 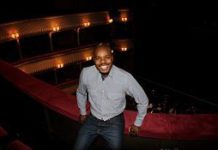