May is Africa Month, to mark the annual commemoration, on 25 May, of the founding of the Organisation of African Unity – the precursor of today’s African Union – in 1963.

South Africa is an integral part of the African continent. Our national interest is intrinsically linked to continental stability, unity and prosperity – the development, upliftment and celebration of all African people.

In 2016, the continent’s future is under the spotlight at the World Economic Forum on Africa, a gathering of global leaders hosted in Kigali, the capital city of Rwanda, from 11 to 13 May.

Read the full text of the address by the CEO of Brand South Africa, Kingsley Makhubela, at the Africa and Middle East Conference of the Junior Chamber International on Thursday 5 May 2016 at the Sandton Convention Centre in Johannesburg. (Image: Alessandro Vannucci) READ MORE >

Important questions will be discussed in Kigali, Rwanda this week, as the World Economic Forum on Africa gathers under the theme “Connecting Africa’s Resources through Digital Transformation”. We take a look at the meeting’s main sub-themes. READ MORE >

With Africa’s economy under pressure, the World Economic Forum on Africa meeting in Kigali, Rwanda, will look at how the continent’s technology industry can help overcome its challenges. READ MORE >

Highlights of 26 years of WEF on Africa

The World Economic Forum (WEF) on Africa celebrates 26 years of developing the continent as a global economic player. The forum has witnessed many historical moments and important policy decisions made. Here are selected highlights of the event since 1990.  READ MORE >

Fast facts: Africa from A to Z

Think you know Africa? Think again. Our continent of 54 countries holds a fascinating range of histories, languages, amazing people, and diverse and complex cultures. From Algeria to Zimbabwe, here’s a snapshot of each country on a continent South Africa should know more about. READ MORE >

Over 20 years ago, the Rwandan genocide brought the country to a standstill and it found itself at a crossroad. Choosing the correct path, today Rwanda and its people have risen to become one of Africa’s greatest modern nations.  READ MORE >

Regional alliances of African countries have one goal in common: to increase economic cohesion and so improve the lives of citizens, as sovereign nations align their priorities to achieve a wider prosperity. READ MORE >

When al-Qaida invaded the historic city of Timbuktu, Malian librarian Abdel Kader Haidara worked under the cover of night to save thousands of ancient manuscripts – documenting African knowledge in astronomy, poetry, religion and science – from the extremists. READ MORE >

Africa’s food is as rich and diverse as its people, yet its culinary offerings are not that well known. Filmmaker and foodie Tuleka Prah wants to change that. She has started to chronicle traditional recipes made by ordinary people on her website, African Food Map. One day, she would like to create an African Food Dictionary. READ MORE >

Studies into DNA and genetics have shown that the human race is more connected than previously thought. This is because migration out of Africa about 60 000 years ago was not in a single direction. There was a second wave of movement back into Africa that started about 3 000 years ago. READ MORE >

A new video game, Aurion: Legacy of the Kori-Odan has been developed in Africa. The work of a studio in Cameroon, Kiro’o Games, it explores African tales in a phantasmal setting. The main character, King Enzo Kori-Odan, uses collective energy, channelled through ancestors, called aurion. READ MORE >

Rwanda, the land of a thousand hills, has dramatically transformed since the 1994 genocide. The country is becoming a high-tech hub of sub-Saharan Africa and boasts one of the region’s fastest GDP growth rates. And now, from 11 to 13 May, the country’s capital of Kigali will host the 26th annual World Economic Forum on Africa. READ MORE > 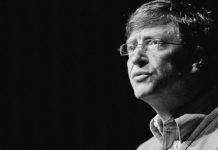